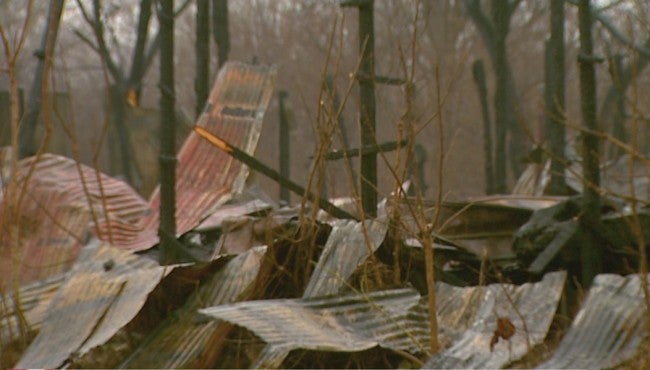 INDIANAPOLIS (WISH) — A late night fire ripped through a southeast side building, destroying dozens of boats housed there.

Nobody was injured, but investigators believe the fire caused around $1.5 million in damage

The fire started late Sunday night and burned into the morning hours at a boat storage facility operated by Just Add Water, on Bethel Ave near Raymond Street and Sherman Avenue.

Before Monday, the only thing separating Terry Kratz from his boat was the weather: “We enjoy it. Basically every weekend, we’re on Lake Monroe.”

Now a massive fire has put a crimp in those plans, as Kratz’s boat was among 75 destroyed in the blaze. He believes his boat is valued at up to $50,000.

“It’s all over the place. It’s burning in a bunch of different areas. The boats are made of fiberglass and a lot of different parts to them. They’re underneath other debris,” said IFD Battalion Chief Howard Stahl.

Nearly 12 hours after the fire started, authorities are back on the scene investigating. Fuel, oil and magnesium from the boats made the fire a challenge for crews to tackle. Firefighters used a product called Cold Fire, which has six times the penetrating capability of water, to put out the fire.

“The challenges now is it was a pole barn with steel walls on it and a steel roof. It’s all collapsed down on top of it. So, we have to go in now and physically rip all the steel planks off and get down to what’s burning now and DTV through everything that is just smoldering deep,” said Stahl.

The owner of Just Add Water says they filed an insurance claim. He encourages boat owners to also file with their insurance companies.

The cause and origin of the fire were still under investigation.