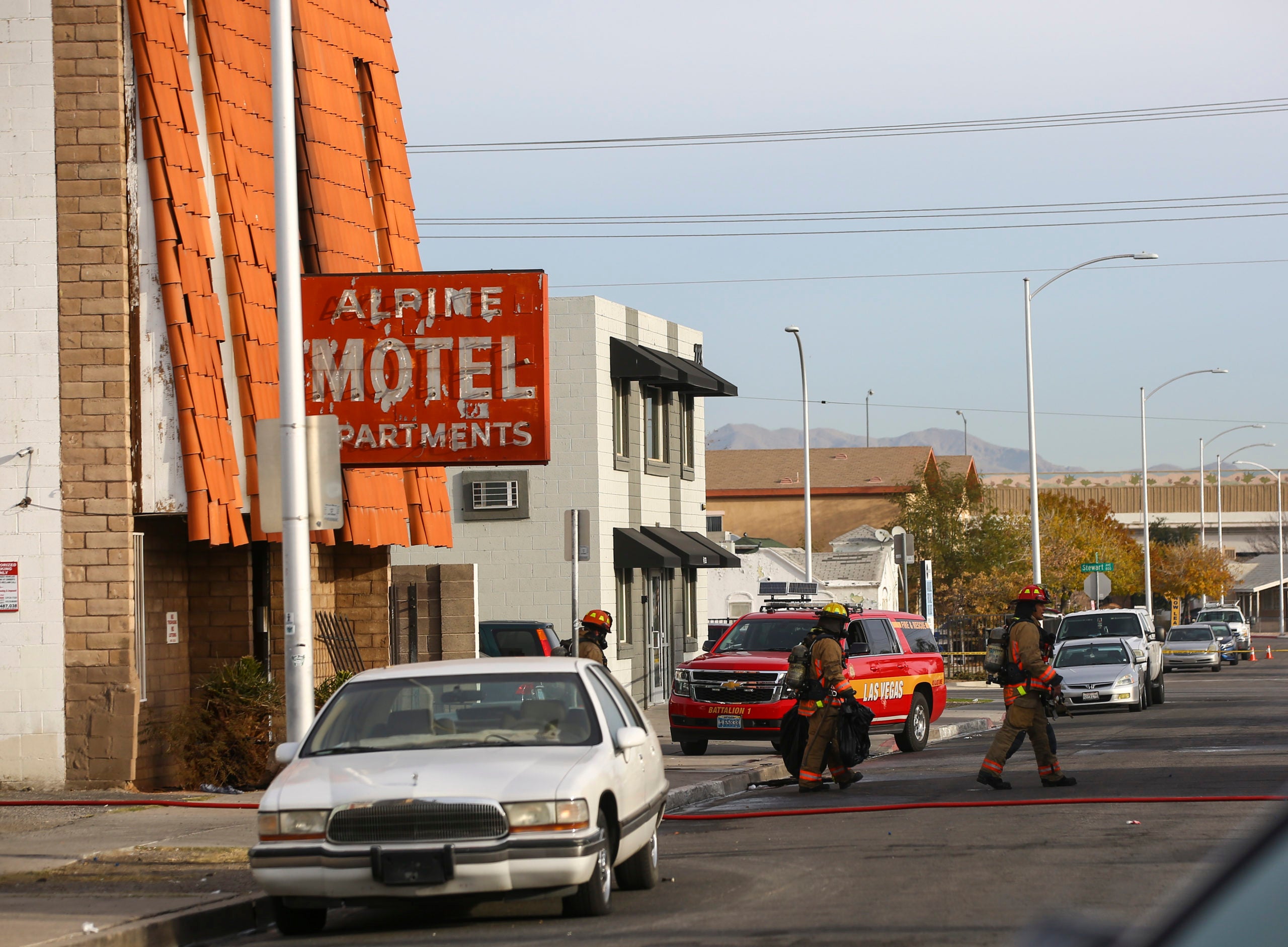 LAS VEGAS (AP) — A fire in a three-story apartment complex in downtown Las Vegas killed 6 people and injured 13 others, including some who jumped or fell from upper-floor windows to escape heavy smoke early Saturday morning, authorities said.

Firefighters arriving at the scene immediately called for backup and began treating injured and rescuing the numerous people hanging from windows, fire department spokesman Tim Szymanski said. “The first thing that you think of is: We’ve got to rescue those people. A fall of 16 feet (4.9 meters) or higher can be fatal.”

Most injuries were from smoke inhalation but one victim had broken legs and a possible broken back, Szymanski said. “All of the victims have soot on them.”

The cause of the fire appeared to be accidental and not criminal, with investigators quickly determining that the fire started in the area of a first-floor unit’s stove, Szymanski said. Displaced residents interviewed by investigators said some were using their apartment’s stoves for warmth because the building lacked heat, he added.

The fire was largely contained to the one unit but it appeared that its occupant left the door open when evacuating, allowing smoke into the rest of the building, Szymanski said.

Multiple agencies will conduct an investigation into whether there were building-code violations and seeking clues from autopsy results, samples taken from the building and interviews with survivors, he said.

“If any citations are going to be issued — I’m not saying there is but if there are — it’s probably going to take some time because numerous city departments will be working together and they’ll want to be sure they’re covering anything before they issue anything,” he said.

Initially, he said, investigators are focused on determining what happened, which takes time due to the need to interview dozens of survivors.

With six deaths, “this is the worst fire fatality that we’ve had in the city of Las Vegas since the inception of the fire department,” Szymanski said. Previously, three different fires resulted in three deaths each, he said.

The department said 30-35 people were displaced and the Southern Nevada Red Cross said it sent personnel to provide assistance.

Because of the soot throughout the building, “none of those people will be able to go back into the building,” Szymanski said.