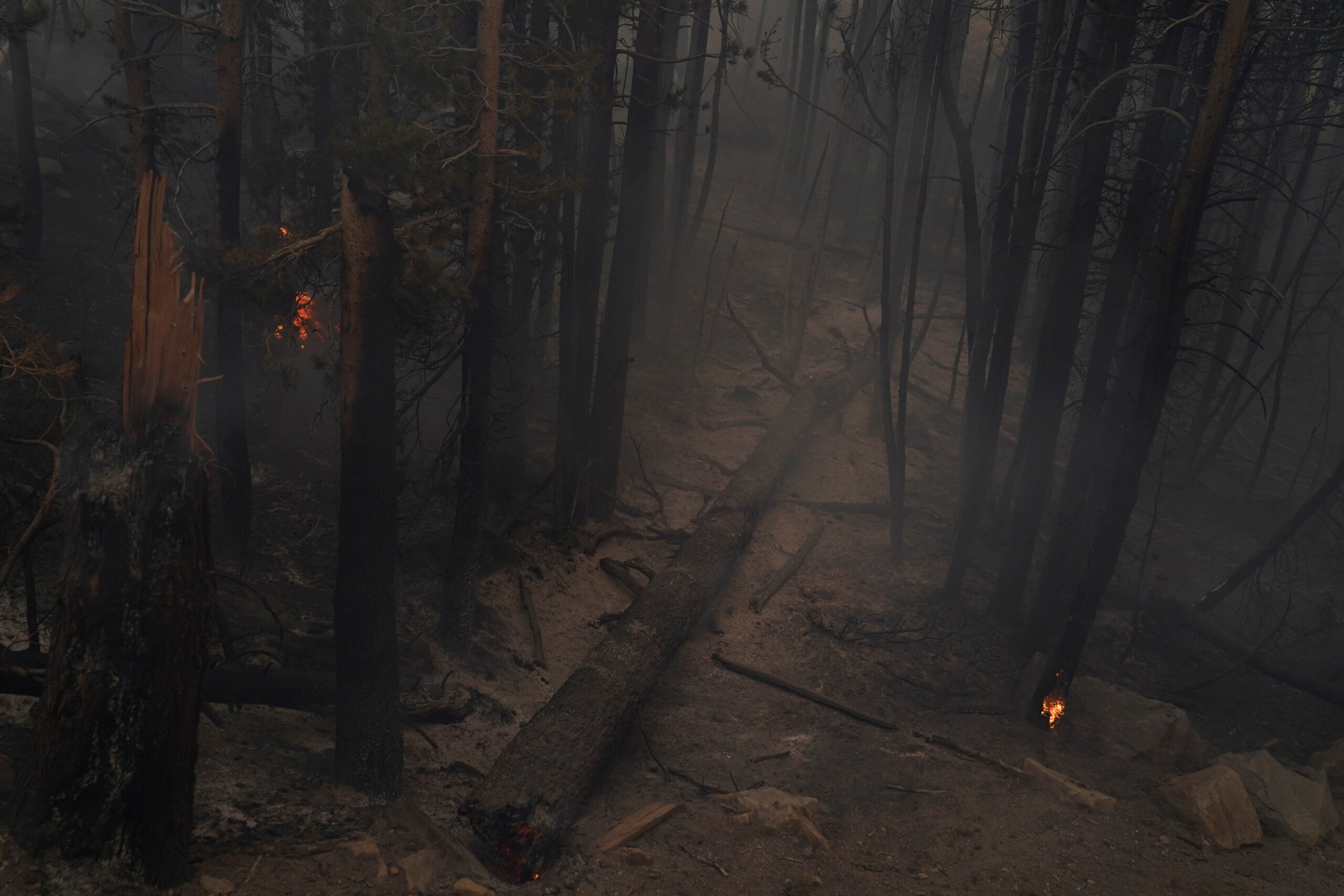 In this Sept. 3, 2021 file photo, trees burned by the Caldor Fire smolder in Eldorado National Forest, Calif. An unidentified firefighter has died of an illness while assigned to one of California's largest wildfires, authorities said Sunday, Sept. 5, 2021, marking the first death in a season that has seen blazes destroy thousands of buildings and force entire towns to flee. Edwin Zuniga with the California Department of Forestry and Fire Protection said he couldn't provide other details on the death. (AP Photo/Jae C. Hong, File)
by: Associated Press
Posted: Sep 5, 2021 / 05:03 PM EST / Updated: Sep 5, 2021 / 05:05 PM EST

SOUTH LAKE TAHOE, Calif. (AP) — A firefighter has died of an illness while assigned to one of California’s largest wildfires.

The firefighter was assigned to the Dixie Fire in Northern California. It’s the second-largest blaze in state history.

The death is the first this wildfire season, which has seen blazes in the Sierra Nevada burn more than 1,000 homes and force tens of thousands to evacuate.

Authorities say they’re making good progress against the Caldor Fire near the California-Nevada border but some 22,000 residents of South Lake Tahoe remain evacuated.