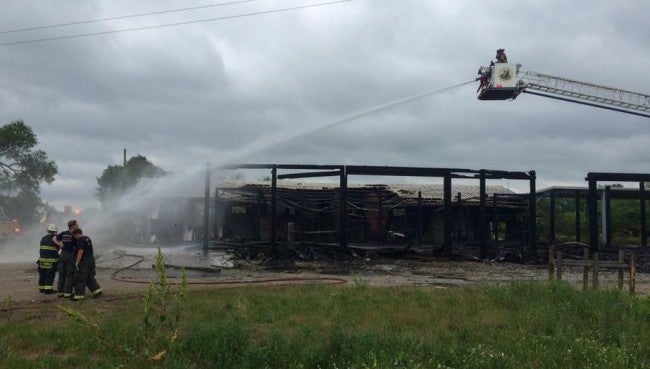 INDIANAPOLIS (WISH) – Firefighters were called to the city’s west side late Monday morning to battle a building fire.

It happened in the 3600 block of Farnsworth Street, which is near West Troy and Kentucky avenues.

The Wayne Township Fire Department said the fire was at a commercial structure and that there was heavy fire when they arrived.