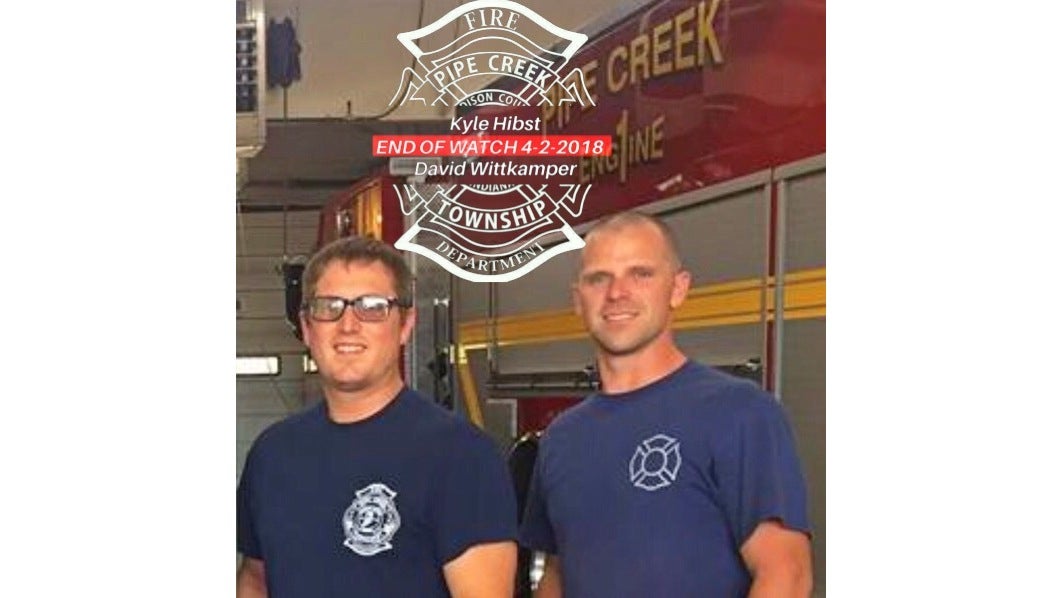 Fellow firefighters and the Elwood community are remembering two men who were killed in a plane crash on Monday in Marion.

“Obviously we are still in shock. This was an unexpected major, major loss,” said Chief Richard Shephard. “To be honest with you I really don’t have… no words to describe what (those) two boys meant to me, this fire department, their families and obviously this community.”

Chief Shephard said both men volunteered outside of the department and spent their lives helping others. They were especially active with organizations that worked to help children.

Hibst was a pilot and people in Madison County say he loved to fly.

“It was not uncommon for the pilot to call his buddies up here and say, ‘hey lets go for a fly today’… so it was nothing uncommon for that and then tragedy struck,” said Todd Harmeson, the public information officer for the Madison County Emergency Management Agency.

On Tuesday dozens of first responders from surrounding communities escorted the bodies of Hibst and Wittkamper from Fort Wayne to a funeral home in Elwood.

“Public safety officers, members put themselves on the forefront every day whether it is a firefighter or law enforcement and then for something like this to happen when they’re not even, you know, actually serving in their role is just tragic,” said Harmeson.

First responders from nearby departments stepped up to help respond to 911 calls on Tuesday so those in the small Pipe Creek Township Fire Department of about 30 people can comfort and support each other.

According to Harmeson, both men were in their early 30s and both were married. He says Hibst’s wife is also a member of the fire department and they have a young son.

Wittkamper’s father was also a member of the fire department and his grandfather was one of the founding members, so officials say he grew up in the firehouse.

Some say both Hibst and Wittkamper will be remembered most for their contributions to others.

Chief Shephard said he was working to set up an account for those who would like to donate to the families of these firefighters.

That account was set up by Wednesday afternoon at madisoncoema.org.

Shephard said the viewing for Hibst will be from 1 to 9 p.m. Monday. Viewing for Wittkamper will be 1 to 8 p.m. Tuesday. Both were be at Copher-Fesler-May Funeral Home, 415 S. Anderson St., Elwood.

Shephard said any departments that wish to attend are encouraged to do so. For apparatus placement at the funeral, call (765) 810-3979.