Firefighters find 6 flags in a dumpster on Memorial Day 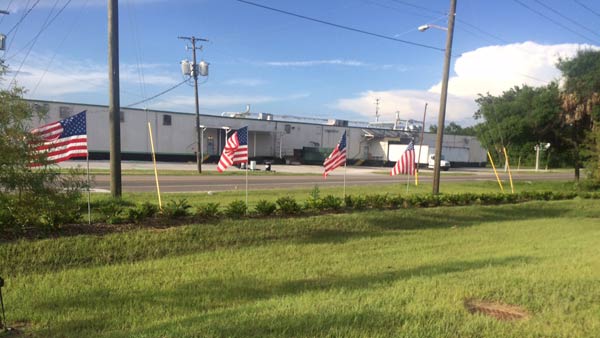 An arriving shift of firefighters found the flags behind the Port Tampa station on Memorial Day. “The flags were covered with other debris and appeared as if the poles were bent in an effort to remove them from the ground,” the Tampa Fire Rescue said. “Firefighters were disgusted at the find, particularly on Memorial Day, so they cleaned the flags up as best they could.”

Firefighters put four of the flags on display in front of the station. The other “two were in such poor condition that they will be taken to the American Legion post in Port Tampa for proper disposal,” the Fire Rescue said.

The flags were likely stolen, and firefighters want to return the remaining ones to their owners, the fire rescue added.