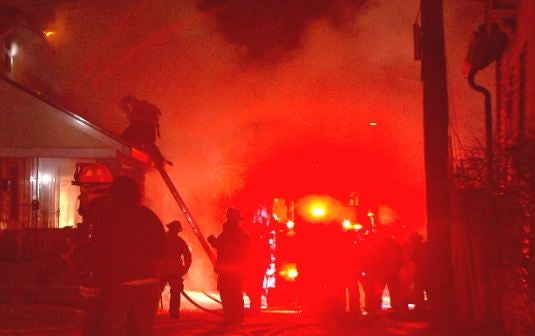 INDIANAPOLIS (WISH) – The extreme cold created some obstacles for Indianapolis firefighters who responded to a fire near downtown Wednesday night.

The fire started at a home in the 1600 block of Bundy Place, near East 16th Street and North College Avenue, around 7:15 p.m. When firefighters arrived, temperatures were in the single digits. Officials say the cold caused fire hydrants outside the home to freeze.

Shortly after arriving on scene, firefighters were able to get water on the fire and bring it under control. A family of four escaped from the home unharmed. No other injuries were reported.

The cause of the fire is under investigation but investigators believe it may have started from a space heater in a bedroom.