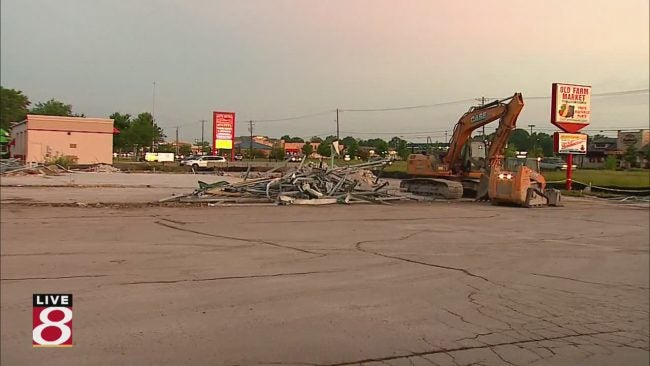 AVON, Ind. (WISH) — An Avon landmark is going to the ground this week. The Old Farm Market closed nearly five years ago and has been vacant since. Now, a medical center is going up in it’s place.

J&S Metals Heavy Hauling and Demolition is taking down the property that was first built in 1983. It’s no easy task. The Old Farm Market was nearly 20,000 square feet.

The crews are making way for what will be called a micro hospital, a 10 to 15 bed medical facility that will focus on out-patient services and short hospital stays. Officials with the Town of Avon say the micro hospital is a first of it’s kind for central Indiana. It will also be a major upgrade for this piece of land which has sat unused since 2011.

“That is no good. I mean you don’t want to see vacant properties, especially on a stretch the main drag in town, so it was a good thing when we had some interest on the parcel,” said Jodi Dickey, Town of Avon planning director.

She said Tuesday the name for the project is tentatively St. William’s Hospital of Avon.

“They do have approval from the planning commission, so that’s all in place. They haven’t filed yet for a building permit, but that’s the next stage. So they need to get plan reviewed by the state and then here locally our own building commissioner will review the plans and approve them and then they can start construction,” Dickey said.

Dickey expects construction to begin in the fall.

Jason Lynn owner of J&S Metals said his team does have a few more days of work to clear the property. The building is completely down, but hauling all of the materials away is the main task now.