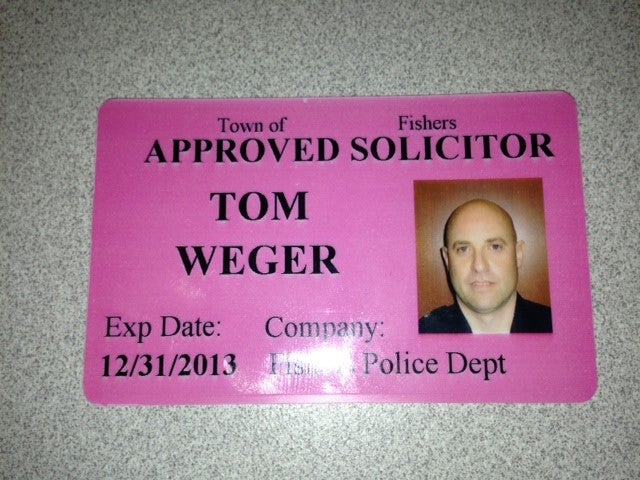 FISHERS, Ind. (WISH) — Tereasa Menke spent Wednesday sprucing up her yard. As she watered her plants, she had no knowledge that burglars were targeting her neighborhood.

According to Fishers Police, a man and a woman were visiting neighbors on the east side of Fishers. The two were posing as exterminators.

Police say the couple’s real goal is to get inside your home and identify valuables, and then come back later and break in.

“I’m appalled and amazed someone would take the fall to do something like this,” said Menke.

Police say the two are known to place beads inside mailboxes of homes that have dogs. When the suspects come back to the subdivision to commit the crimes they will bypass the houses with beads.

Despite the suspects visiting the Fishers area, police don’t believe they broke into any homes in the city.

In Fishers, solicitors must have a city-approved badge. The badge is pink and will include the person’s name, company, and it will have Fishers Police Department on the badge.

If anyone is without that badge, residents in Fishers are asked to call the police.