Fishers burglary victim says her ‘sense of security is gone’ 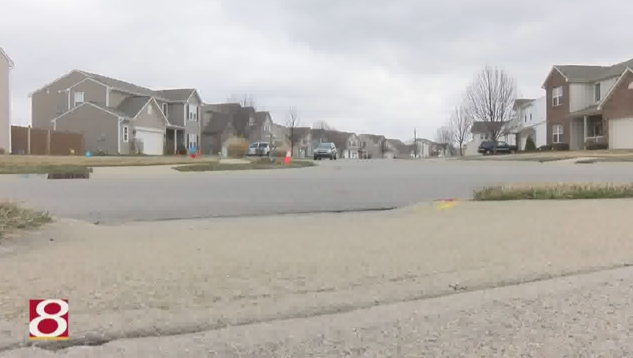 FISHERS, Ind. (WISH) — When Ashley Hagan got back from work Thursday, she found a busted door and a ransacked house. She says thieves took her TV, a computer and jewelry among other items.

Hagan and her roommate are victims of the third residential burglary in Fishers this month. The first happened at the Watermark on Cumberland apartments. The next, last weekend in River Highlands.

“It’s obviously devastating. Somebody was in your house and went through your drawers, your personal stuff. Your sense of security is gone,” Hagan said.

“I was in complete shock,” Hagan’s roommate, Emily Kling, said. “I didn’t expect that to happen in this neighborhood.”

Kling and Hagan live in The Bristols.

In that same neighborhood Friday morning, police say thieves broke into three vehicles and stole a wallet, a backpack and a DVD player. They don’t know who committed the crimes or if they’re related.

Police are asking the public to report any suspicious activity. They’re also encouraging citizens to get involved with their neighborhood crime watch program.

More information about the Fishers Crime Watch Program can be found here. You can also call the Fishers Police Department at 317-595-3300.

Hagan and her roommate and are now considering a new security system, and they say they’re definitely investing in one thing: a steel door.