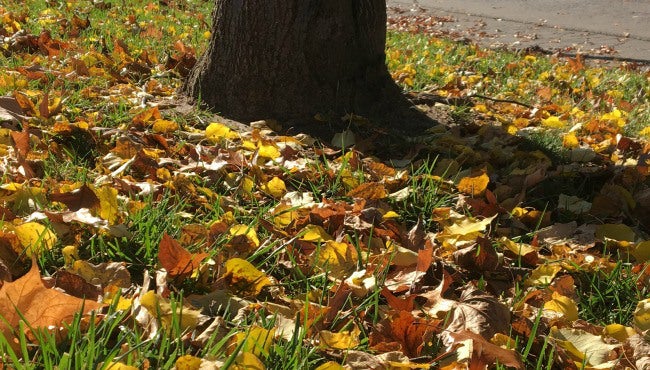 FISHERS, Ind (WISH) – This Veteran’s Day, the city of Fishers and some local businesses are going beyond simply saying “thank you.”

The city has a new Hometown Heroes program, where military families will get their lawns raked and driveways plowed.  It’s available to families for free.

“I think it is a lot,” Fishers resident Larry Pontius said. “Raking leaves and shoveling snow and stuff — its harder than it sounds.”

“I think it’s a wonderful idea, really,” Fishers resident Khadijate Ishola-Gbenla said. “It shows that they truly care about the service of the soldiers overseas.”

It’s not the city helping. They’ve asked local businesses to help them out, and some say they’re ready for the challenge.

One of those businesses is I Cut Grass LLC. Owner Joshua Russ has had family members deployed and knows clearing leaves and snow can make a big difference.

“They need to have as little stress in their lives as possible, and this type of work can do a lot to help alleviate unnecessary burdens from them,” Russ said.

City officials say the idea sparked when one of its employees was recently notified he’ll be sent overseas.  Mayor Scott Fadness decided to not only help city employees’ families, but others in the community as well.

As long as they’re deployed, the city and local businesses will help. It’s a program that excites both owners to get involved and neighbors who are thankful for the vets’ service.

“I’m happy to see our community and the local government help out the members of the community,” Russ said.

“It just shows that humanitarianism is still alive,” Ishola-Gbenla said. “Just the fact that we still care about people. So that’s very important in a community such as Fishers.”

So far city officials say two families have signed up.  All people have to do is fill out an online form, and they can be eligible for the program.