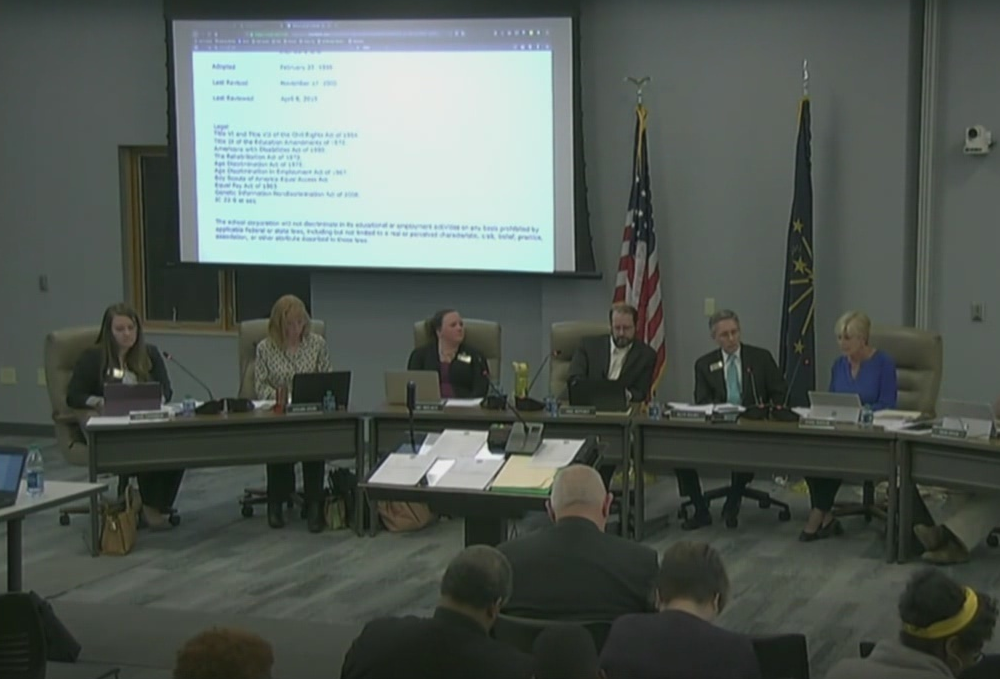 FISHERS, Ind. (WISH) — The mayor of Fishers is urging the Hamilton Southeastern School Board to “enumerate those most vulnerable in their anti-discrimination policy” following a heated meeting earlier in the week.

Fishers Mayor Scott Fadness said in a statement that he respects the divison of authority between the Fishers school system and the city government; however he said he could not abdicate his role as a leader in the community.

Wednesday, members of the HSE board held a meeting in the public to discuss making changes to their anti-discrimination policy.

During the meeting, HSE School Board Vice President Sylvia Shepler made remarks regarding the LGBTQ community saying, “now it seems like being straight is less acceptable almost.”

“It is now becoming more and more acceptable that it is cool, it’s popular. It is having a gold star in the eyes of their peers. Why wasn’t this condition acceptable in the past and it is now,” said Shepler during the meeting.

Mayor Fadness is urging the board to “bring us (the Fishers community) one small step closer to a more complete community.”

You can read Mayor Fadness’ full statement below: