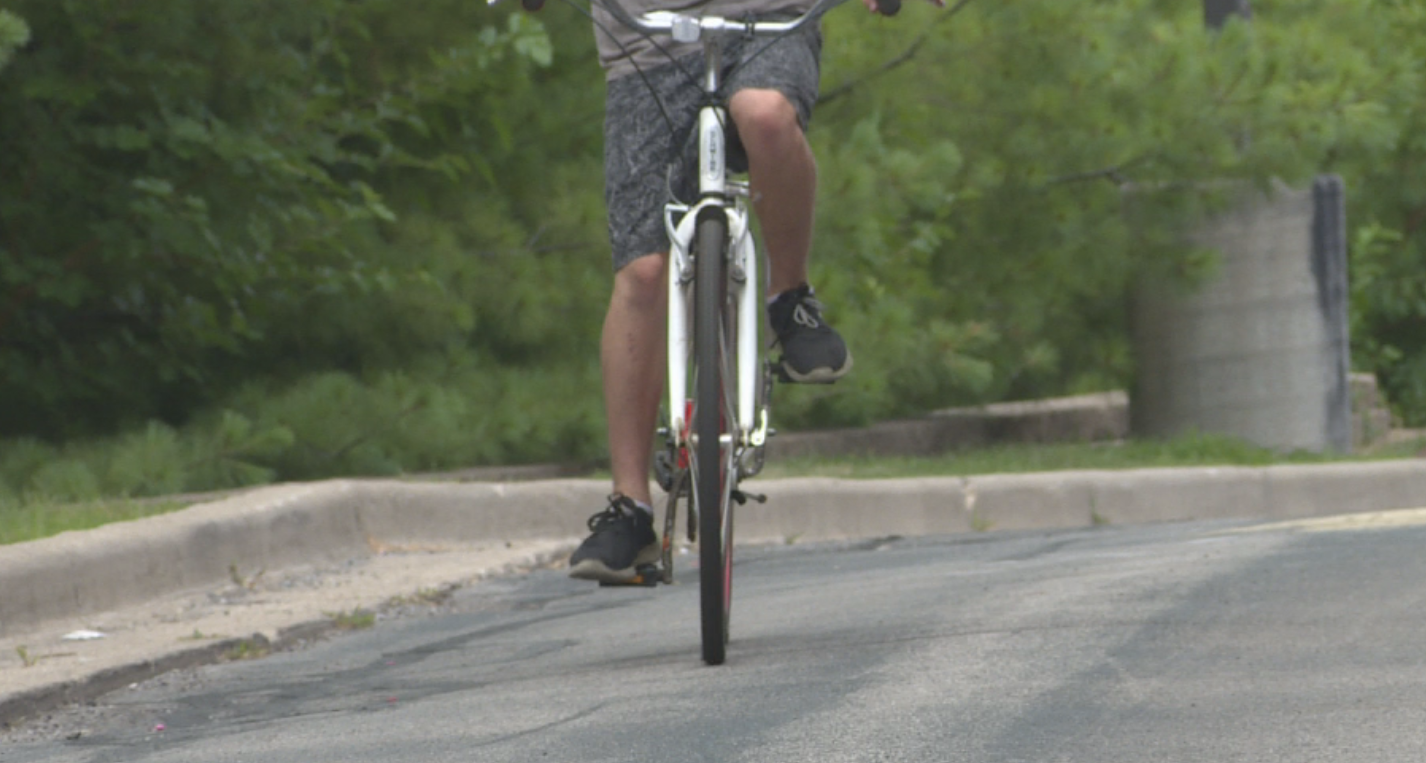 FISHERS, Ind. (WISH) — A new ordinance in Fishers requires drivers to give cyclists a 3-foot clearance when passing them on the roadway.

Fishers city councilors approved the measure Monday in a 5-3 vote. The goal of the ordinance is to keep cyclists safer on Fishers roadways.

“It allows for any kind of rocks in the roads or something that might cause the bicyclist to lose control,” explained Lt. Dave Dunbar from the Fishers Police Department.

Cyclists are still required to follow state and city traffic laws, including standard roadway laws, including: riding only one or two across in a lane; traveling on the roadway instead of the sidewalk if moving more than 15 mph; and maintaining a working front headlight for dawn through dusk riding. Lt. Dunbar said officers will be watching for all law and ordinance violations.

“They’re going to be looking for it and enforcing those laws, as well as the laws of the bicyclists to make sure they’re following those,” said Lt. Dunbar.

Cyclists like Jim Moffitt, owner of LoKi Bicycles in Fishers, see the ordinance as a win. He has cycled for years and has seen close calls — and some final calls.

“Three weeks ago, someone, Robert Lackey, was killed by a motor vehicle just a mile away from here while he was riding at 10 a.m. in the morning,” Moffitt said. “Bright, sunny day, flat road. Easily seen.”

Lackey was Moffitt’s customer, and Moffitt created a memorial in Lackey’s honor that stands near the intersection where he was killed, on Brooks School Road south of 126th Street.

“They’re called ghost bikes. It’s a memorial to a cyclist hit or killed in the roadway,” Moffitt explained. “First time I’ve ever painted a ghost bike. It was really emotional.”

The all-white bike is chained to a street sign in the grass on the west side of the road. Flowers and a sign mark the bicycle as a memorial. Moffitt says Lackey was killed by a distracted driver.

“Whether they’re on the phone, eating, doing something else in the car, it seems that people aren’t paying nearly as much attention to driving,” he said.

While the 3-foot halo ordinance is something Moffitt and his team have argued for, he said it’s not the end of the discussion.

“Right now, the state doesn’t have a statewide 3-foot ordinance. I think we’re one of 15 that currently does not have one,” he said. “I think that’s probably our next step.”