Fishers police apologize after accusations of racial profiling on Facebook 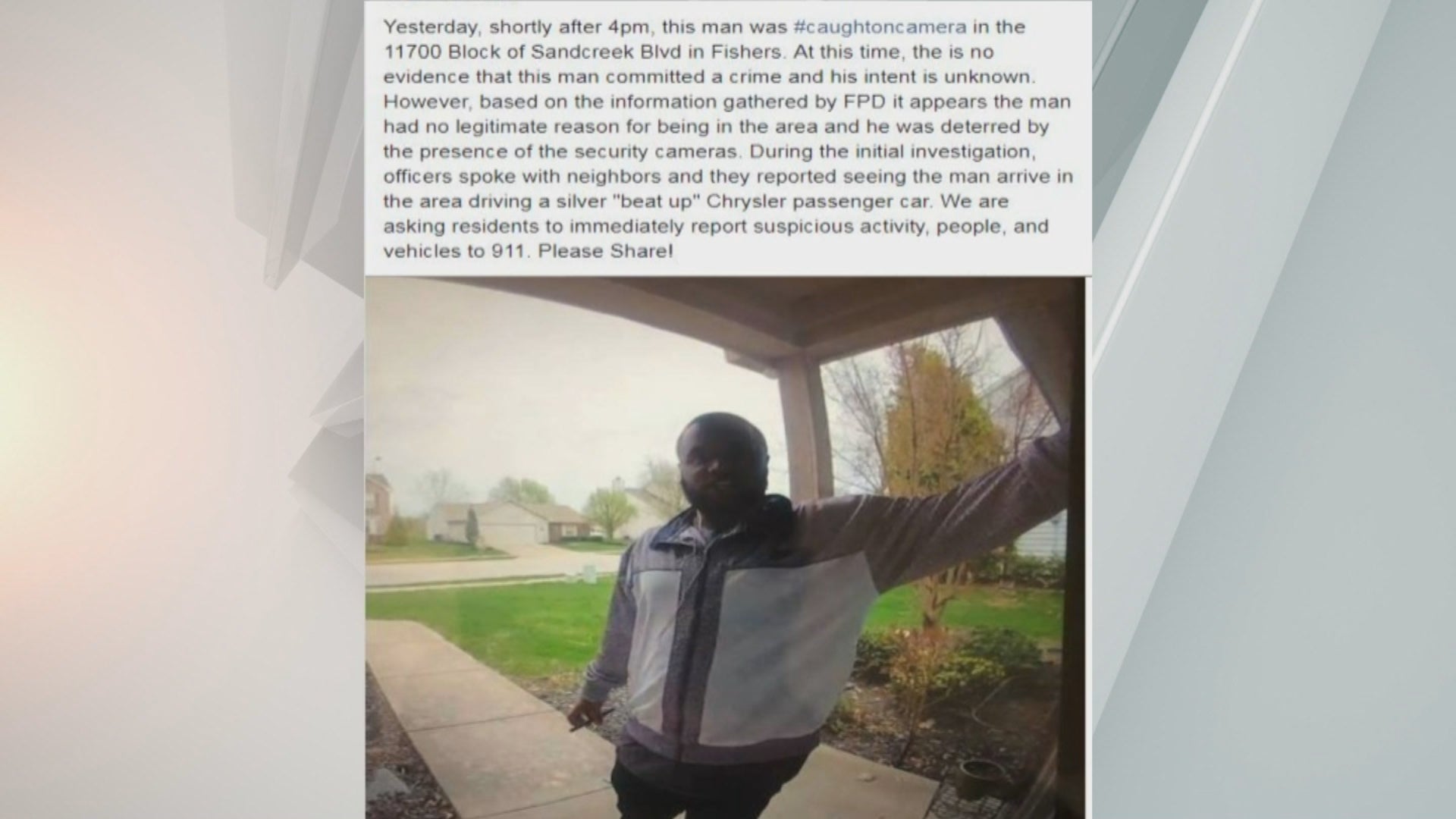 FISHERS, Ind. (WISH) – Fishers Police Department was backtracking Friday after being accused of racially profiling in a Facebook post.

On Thursday, Fishers police posted a picture of a man caught on a doorbell camera outside a Fishers home in the 11700 block of Sand Creek Boulevard. The post read:

“Yesterday, shortly after 4pm, this man was #caughtoncamera in the 11700 Block of Sandcreek Blvd in Fishers. At this time, there (sic) is no evidence that this man committed a crime and his intent is unknown. However, based on the information gather by FPD it appears the man had no legitimate reason for being in the area and he was deterred by the presence of security cameras. During the initial investigation, officers spoke with neighbors and they reported seeing a man arrive in the area driving a silver ‘beat up’ Chrysler passenger car. We are asking resident to immediately report suspicious activity, people, and vehicles to 911. Please Share!”

“This post translates to me that a black man in a ‘beat up’ car isn’t welcome in Fishers. Really?!? If that isn’t what you MEANT to convey, I ask you, Fishers PD, to clarify. If even you didn’t realize it, that is what you meant, then please schedule your anti-bias and diversity training ASAP! I thought/hoped Fishers was better than this. Please do the work to improve so ALL are welcome in Fishers,” said a Facebook user.

News 8 spoke to residents who live in the neighborhood about the issue.

“He just looks kind of like a nice man, so I would think that the comments that were originally made would kind of seem a little racist to me,” said Debbie Spalding.

“I don’t look at it that way. It’s an individual. I don’t care about race,” said Angela Snyder.

“In an effort to be proactive to get information out to the community, we were wrong by not releasing the full facts of the situation that prompted the original post. To provide more context of the situation, the gentleman in the image was heard saying via the camera, ‘We can’t hit this house. They have cameras. I didn’t see them until I walked up.’ This statement is what led officers to suspect the intent to commit criminal activity. At the time, we believed we needed to share his image and information to keep the community safe without providing specific details that would impact our investigation. As the Chief of the Fishers Police Department, I understand that if we choose to post information such as this in real time, our community expects transparency and all the facts of the incident. It is never our intent to discriminate or judge any individual in any incident in Fishers. The suspect is still at large and we need assistance identifying him so we can understand his intentions.”

Some neighbors told News 8 they think the updated post helped ease the situation.

“I think that it was the right thing for them to do and that may change people’s perception. But still, the original post made it seem like it may be a bit of a profile,” said Spalding.

But by 5 p.m. Friday, the original post and its update had been deleted.

A new post from Chief Gebhart was in its place:

“Yesterday after receiving multiple calls from concerned residents, Fishers Police Department shared a social media post in an effort to educate the community. Upon careful reflection and review of the social media post, we realized the post was incomplete and devoid of context. As a result, we were unable to give a full picture of the situation and left room for speculation about the motivations behind the Department’s post.

“Our Department has moved quickly to address the situation. My assistant chief and I met with the individual in the post as well as his family. The conversation was extremely productive, and the outcome of the meeting was positive. The individual in the video did want to clear the air and agreed that his actions could be construed as suspicious. The family has asked that we remove the initial social media post and we intend to support their wishes.

“In the future, our Department will make every attempt to not only provide critical information needed to keep our residents safe, but also the context and motivations behind the information.”

News 8 reached out to Fishers Police Department for comment and was referred to a city spokesperson. News 8 left numerous messages for the spokesperson, who did not reply. 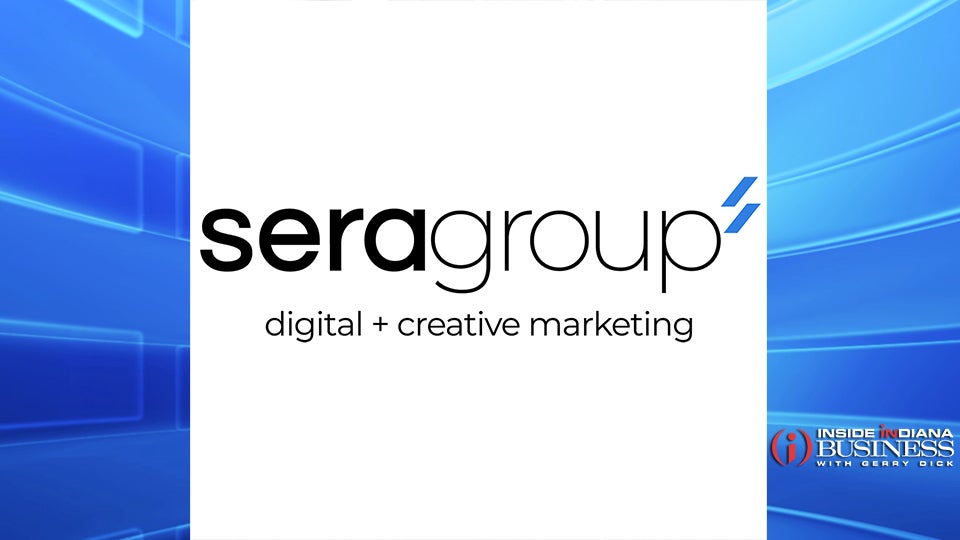 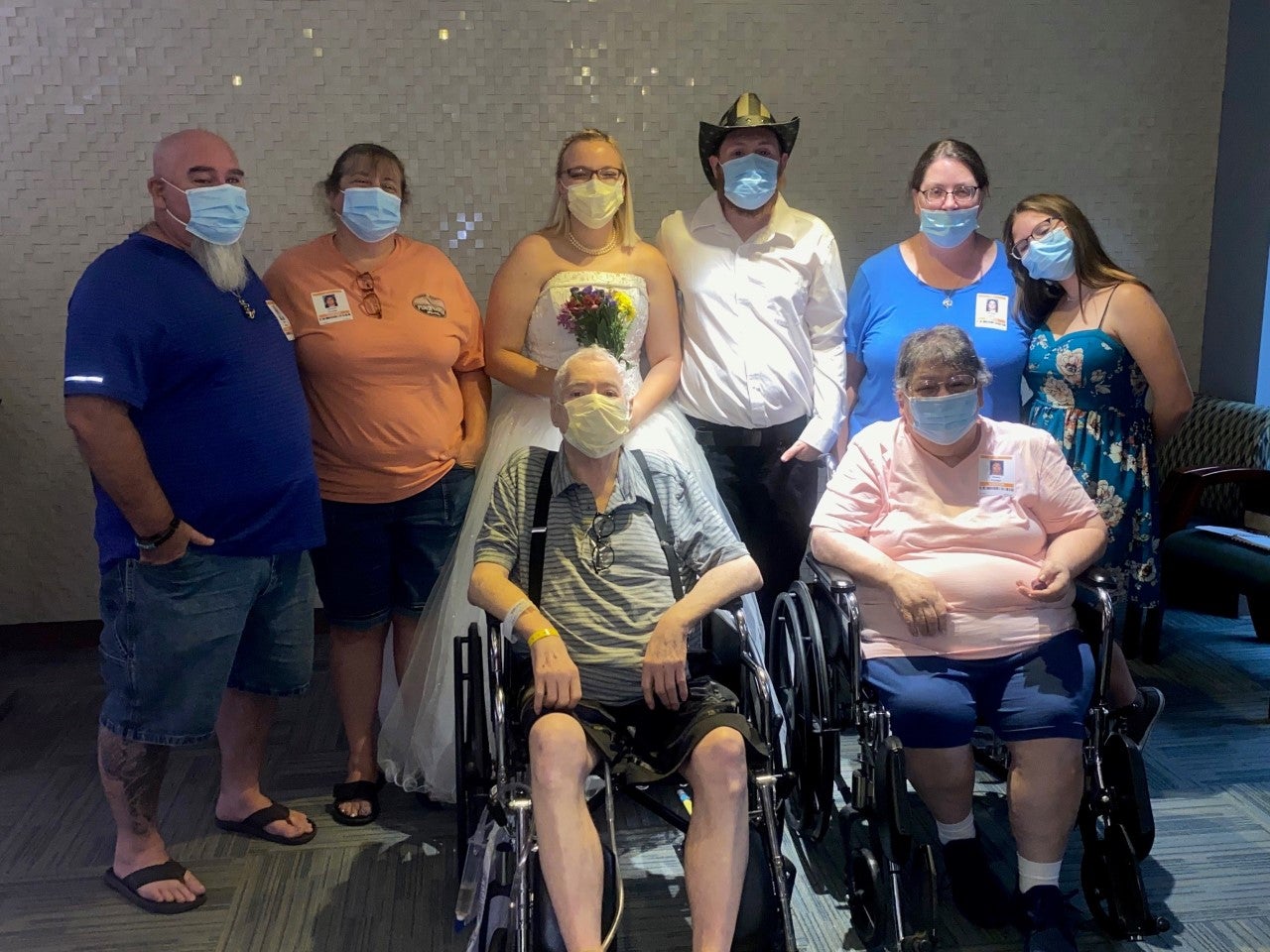