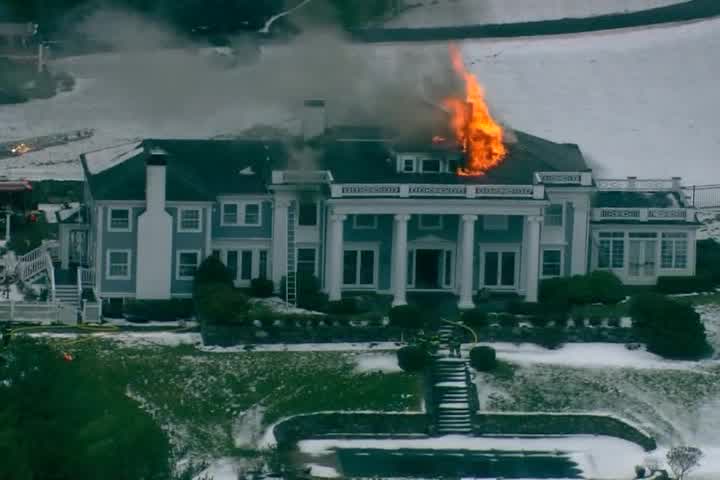 CONCORD, Mass. (AP) — Firefighters battled a huge blaze at a stately mansion in the Boston suburbs Friday but struggled to get enough water to it and lost the fight when the roof caved in.

Flames shot out of the roof of the 6,500-square-foot home in Concord. Other fire departments were called in to help.

The homeowners were away, and no injuries were reported, Assistant Fire Chief Walter Latta told WCVB-TV.

The fire response was complicated by the remote location, he said. Firefighters requested that other departments provide water tankers so they could spray water on the house.

The home was built in 1897, has five bedrooms and five bathrooms, and is valued at nearly $3 million, town records show.

Concord was the site of Revolutionary War battles and a 19th-century literary community that included Louisa May Alcott, Ralph Waldo Emerson and Henry David Thoreau.

Elsewhere in Massachusetts, firefighters also responded to a fire at a four-unit home in Hull, south of Boston, around 4 a.m. Friday.

Four people were hospitalized and about 16 residents were affected, officials said.

The cause of that fire is being investigated, but officials say it appears to have begun on the first floor and quickly reached the attic.