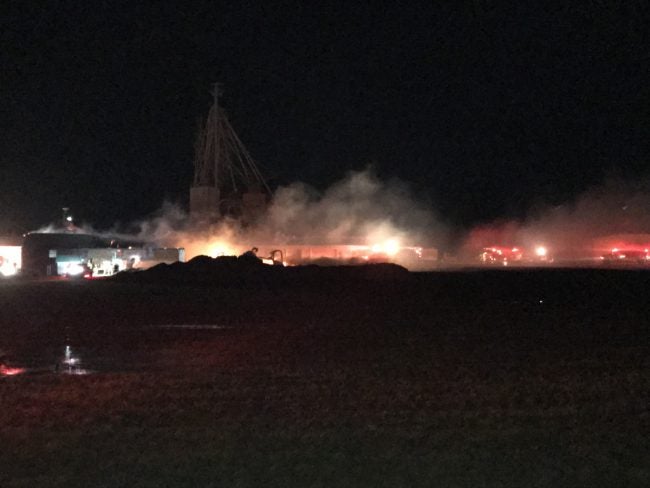 Fire crews were called to Sauder Feeds on Grabill Road around 8:30 p.m. Tuesday.

Fire officials said flames ripped through a truck shop at the property. Initially, flames were towering into the air as the building was fully engulfed. Winds did not help firefighters’ efforts. The National Weather Service reported winds in the Fort Wayne area at 25 mph with wind gusts near 40 mph.

Jerry Sauder, owner of the feed mill, said the only item of sentimental value in the truck shop was a tractor that belonged to his father. Sauder said the fire started due to an electrical issue, but fire officials have not confirmed that.

Sauder said the business will rebuild the shop.

The feed mill is still fully operational, despite Tuesday’s fire.

Sauder Feeds is a family business that was established nearly 100 years ago in 1920. The company manufactures feed for several different types of animals. They employ roughly 30 people and serve customers in Indiana, Michigan and Ohio.

Sauder Feeds is currently owned by the fourth generation of the Sauder Family.