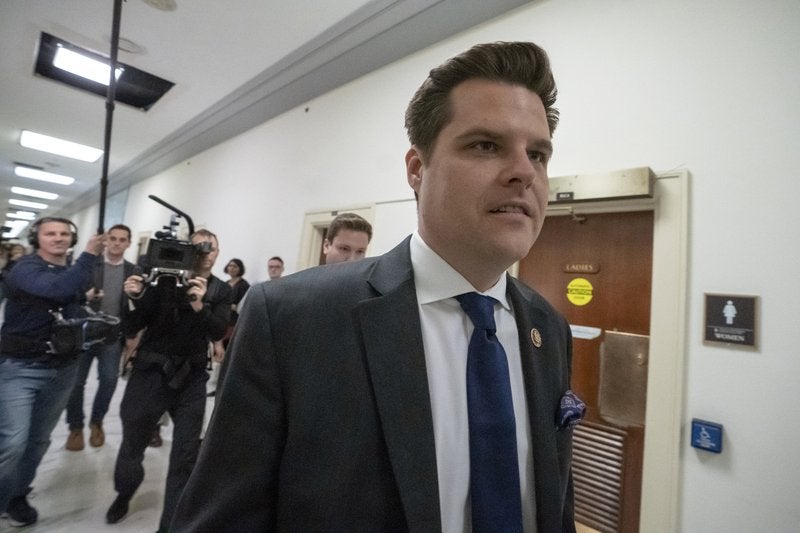 PENSACOLA, Fla. (AP) — A Florida congressman who frequently appears on television supporting President Donald Trump was struck by a thrown drink as he left a town hall.

U.S. Rep. Matt Gaetz wasn’t injured Saturday when he was struck by a plastic cup lobbed by a protester in Pensacola, Florida.

Video posted online shows the second-term Republican leaving a coffee house while about 20 protesters chant their opposition. The cup struck him in the back.

Amanda Kondrat’yev was charged with misdemeanor battery and released on $1,000 bond. She briefly ran against Gaetz in 2016 before dropping out.

Gaetz tweeted about the incident saying, “Clearly it takes more than a drink to slow down our great team.”