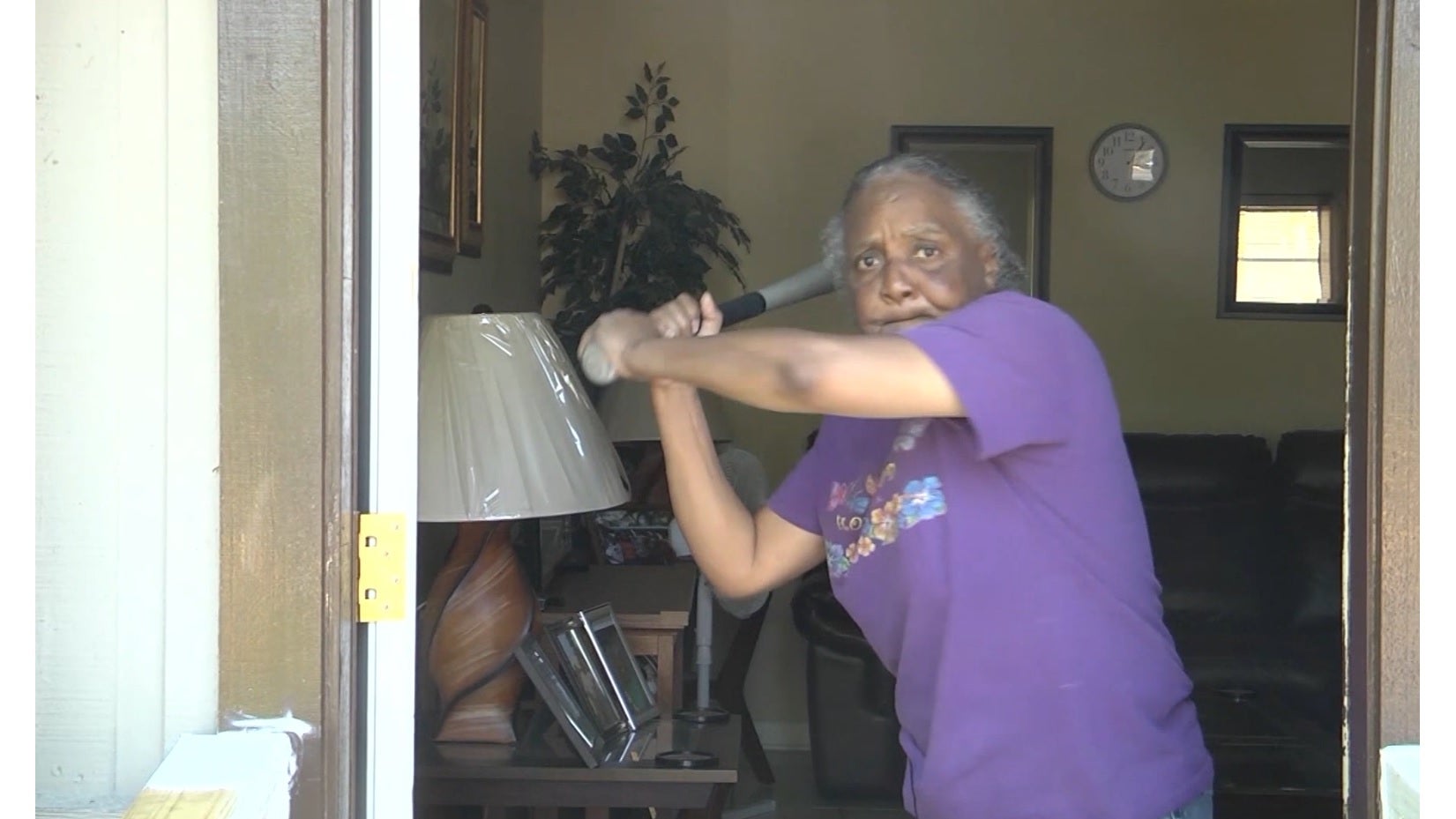 A Florida grandma says she used a baseball bat to scare off a 300-pound, half-naked man.

Clarese Gainey, 65, said the man was trying to break into her car on Sunday morning.

Gainey, a high school softball player back in her day, says the suspect is lucky she only had a bat.

She told WGFL that Antonio Mosley was wearing only his boxers when she caught him pulling on her car’s door handle and knocking on the windows.

“I took that bat and hit him upside the head,” she told WGFL.

Police said Mosley ran to a nearby mobile home park. He was later booked into county jail for burglary and drug possession.

“He better be glad I didn’t have a gun because I would have shot him,” Gainey said. “But this right here is my gun.”