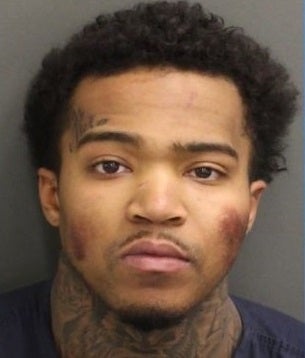 ORANGE COUNTY, Fla. (WFLA ) – A man who allegedly live-streamed a shootout between himself and Florida deputies, after having earlier dragged his wife from a car by her hair, asked a judge to drop all charges, saying the fracas was all part of a sexual adventure between he and his wife, WFTV reported.

In a four-page letter to a judge in Orange County, 23-year-old Laforest Gray said he and his wife are adult entertainers with over 70,000 followers on Instagram.

“I am an artist, not a criminal,” Gray wrote while asking the judge to drop all charges. “In our role-playing adventures, we have traveled, purchased specific items, added other members and have acted the part in our videos.”

According to the affidavit, deputies were called to at the Citra at Windemere apartment complex in February after a neighbor reported seeing Gray drag a woman by her hair.

Body camera video shows Gray trading fire with deputies. He allegedly fired the first shots. No one was hurt.

The judge later denied the motion by striking it.

Gray remains behind bars on charges including attempted murder of a police officer.