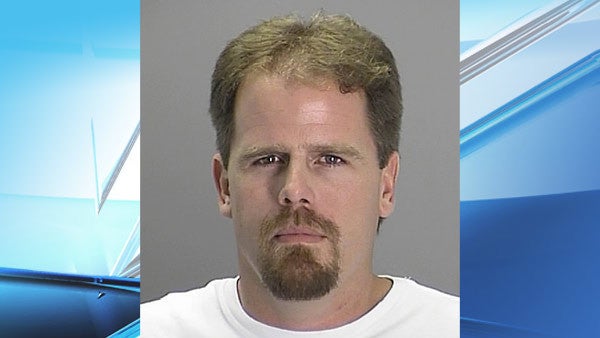 NEW PORT RICHEY, Fla. (WFLA) – A man was arrested on DUI and other charges after he hit several cars and a scooter and kept going with the scooter’s rider on the car hood, police said.

According to New Port Richey Police, this happened right after midnight Saturday. Marc Thomas Boysen, 43, was driving west on Main Street towards US 19. He crashed into the rear of a car stopped at the intersection. Boysen kept driving, now going north on the southbound lanes on US 19.

He crashed head on into the scooter and the man driving it landed on the hood of his car, according to the police. The scooter rider was killed instantly. Boysen left the scene, sideswiped another vehicle, and crashed into a parked car at the Winghouse nearby.

The scooter rider on the hood was thrown off on impact. The bystanders at the Winghouse extracted Boysen from the car and held him until police arrived.

He was taken to the Pasco County jail.