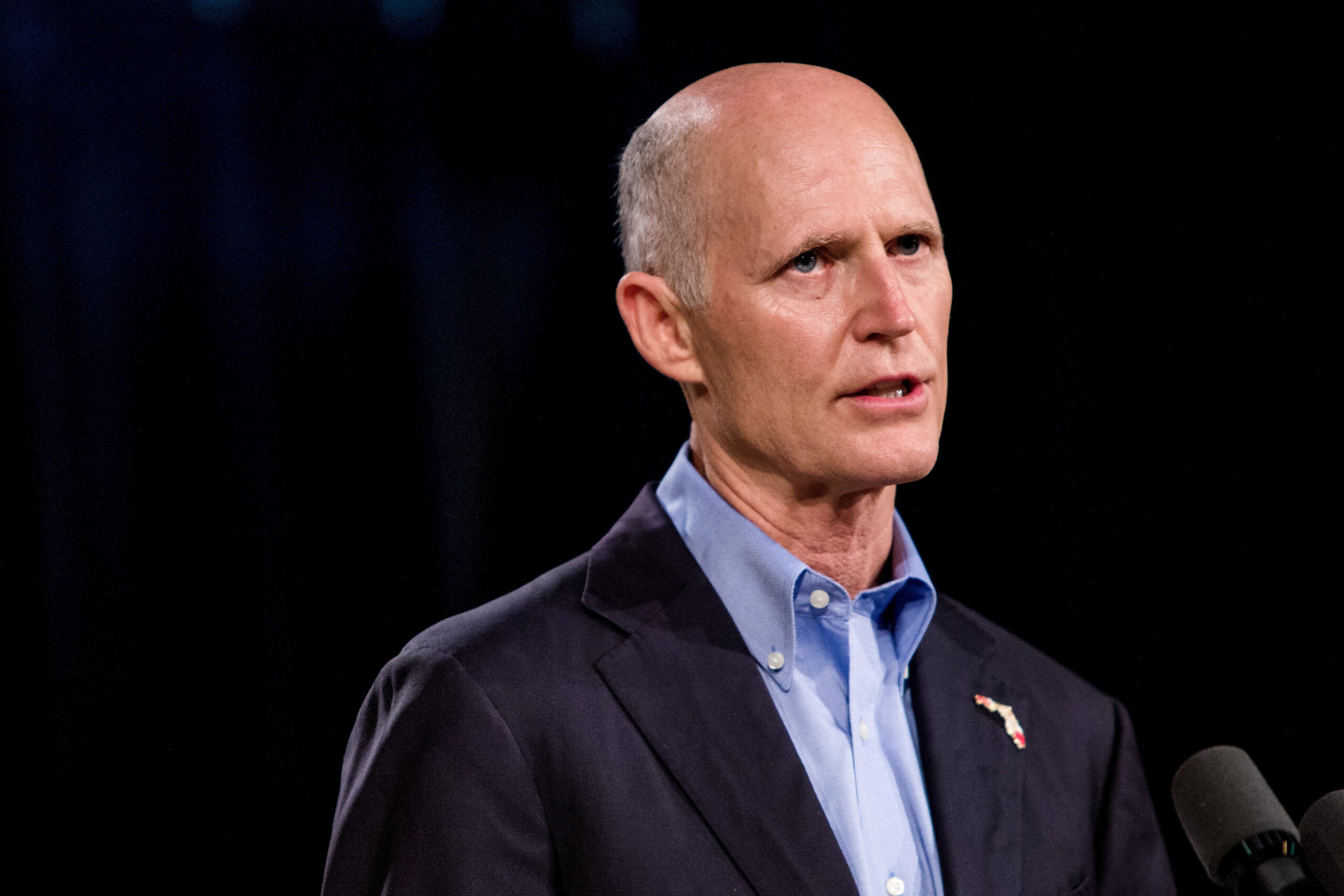 Rick Scott, governor of Florida, speaks during an event in Hialeah, Florida, U.S., on Friday, July 13, 2018. Scott outlined some of his campaign promises for Cuban-Americans and spoke about holding the Castro regime accountable. (Photographer: Scott McIntyre/Bloomberg via Getty Images via CNN)
by: Daniella Diaz, CNN
Posted: Nov 20, 2020 / 10:52 AM EST / Updated: Nov 20, 2020 / 10:52 AM EST

“After several negative tests, I learned I was positive this morning,” he said in a statement. “I am feeling good and experiencing very mild symptoms. I will be working from home in Naples until it is safe for me to return to Washington, D.C.”

Scott, who is the chairman of the Senate Republicans’ campaign arm, had campaigned last week with Republican Sens. David Perdue and Kelly Loeffler who are both facing January runoff races for reelection in Georgia.

Scott’s office said Friday that the senator had come into contact with someone on the evening of November 13 who later tested positive, after Scott returned home from his trip to Georgia. Scott announced the possible exposure last weekend and that he would isolate while awaiting test results.

“I want to remind everyone to be careful and do the right things to protect yourselves and others,” he said in his statement Friday. “Wear a mask. Social distance. Quarantine if you come in contact with someone positive like I did.”

Scott cited the upcoming holiday in encouraging Americans to be responsible.

“As we approach Thanksgiving, we know this holiday will be different this year,” Scott said. “But, listen to public health officials and follow their guidance. We will beat this together, but we all have to be responsible. I want to thank all the incredible health care workers who are working around the clock to care for patients and I pray that by next Thanksgiving, COVID-19 will be a thing of the past.”

Scott is the latest senator to test positive with Covid-19. Sen. Chuck Grassley, who is 87, announced earlier this week he was positive.

The cases brings CNN’s tally to 26 House members and 10 senators that have so far tested positive or been presumed positive since the start of the pandemic.

The increased number in positive lawmakers from both parties and chambers of Congress coincides with the uptick of cases across the country. The House began offering Covid-19 testing for members this week, eight months after the pandemic began.