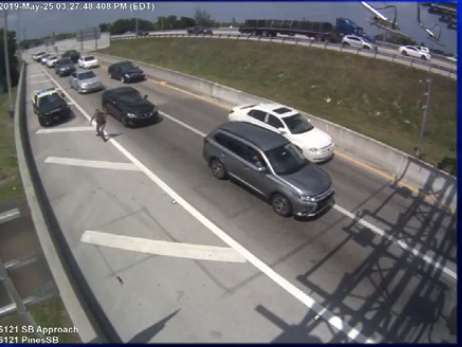 The search is on for the driver of a white BMW who hit a Florida trooper and sped off.

The hit-and-run happened May 25 in the southbound lanes of the southbound Florida Turnpike exit to Hollywood Boulevard in Broward County according to WTVJ.

The footage, released on Tuesday, shows Trooper Arsenio Caballero being struck by a white BMW 6 series that drove off after the driver had been speaking to another trooper.