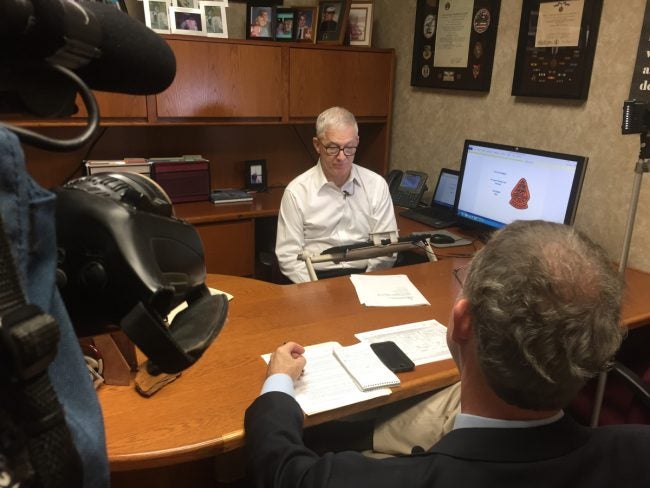 Scott Nelms claims a 40-year cover-up by the Air Force may have cost veterans and their families dearly. Nelms said the USAF sprayed significant amounts of the toxic defoliant Agent Orange at bases in Thailand.

The Pinellas County veteran has accused the Department of Veterans Affairs of stonewalling veterans who served in Thailand and ignoring facts about what and when they suffered exposure.

Nelms points to a now-declassified 1973 report that said significant use of defoliants occurred on U.S. bases in Thailand. The Project CHECO Southeast Asia report “Base Defense in Thailand” also stated the defoliants were used inside the perimeter of bases.

Nelms flew about 100 missions out of Thailand, refueling fighter jets and bombers during the Vietnam War. His new mission is getting out the word that U.S. veterans who served in Thailand were exposed to significant amounts of Agent Orange.

Nelms was stationed at U-Tapeo Air Force Base. “I had no idea they were spraying Agent Orange in Thailand,” he said.

He remembers picking out U-Tapeo from the air. It was one big brown spot amid heavy vegetation.

Nelms left Thailand with a skin rash. He saw a civilian doctor when he left the service.

“Within one minute he looked at my hands and said, ‘You’ve been exposed to toxic industrial chemicals,'” Nelms said.

The rash spread all over Nelms’ body and lasted for seven years, the veteran said. He eventually contacted the VA to ask if he had been exposed to Agent Orange.

He remembers speaking with a woman who asked him where he served in Southeast Asia.

“I said, ‘No, I was in Thailand.’ She says, ‘Oh no, we never sprayed it in Thailand so it must be something else,'” Nelms recalled.

Beginning in the late 1970s, Congress held hearings about the effects of Agent Orange. The government provided benefits for Agent Orange exposure to veterans in the 1990s, but there was no mention of the Project CHECO report.

“I thought it kind of strange that none of these people that knew they were spraying Agent Orange in Thailand came forward to Congress and said something about it,” Nelms said.

To receive benefits, the VA requires veterans who served in Thailand prove that their duties placed them on or near base perimeters. Vietnam vets need only prove boots on the ground.

“In my opinion, on that particular base everything was near the perimeter,” Nelms said.

He still isn’t sure Congress has the whole story even after the Congressional Research Service provided members with a 2014 report called “Veterans Exposed to Agent Orange: Legislative History, Litigation, and Current Issues.”

“In this report that Congress gets, Thailand is not mentioned into it whatsoever, not one word,” Nelms said.

Now, instead of flying KC 135’s, Nelms is working to ensure Thai veterans are treated equitably by the VA. “The sad thing is a lot of these Thai vets that did have diseases that were affected directly by Agent Orange have passed, their kids have no idea what went on,” he added.