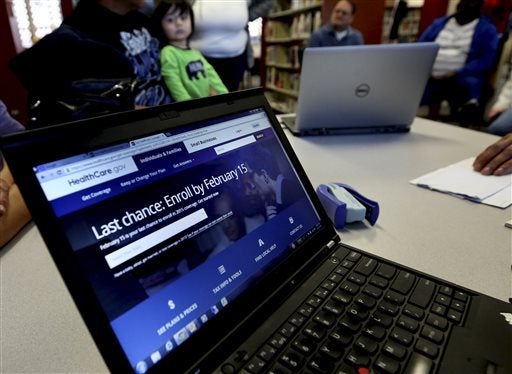 WASHINGTON (AP) – Supporters of President Barack Obama’s health care law are out in force trying to get uninsured people signed up ahead of the official deadline for 2015 coverage.

It’s got the trappings of a get-out-the-vote drive – with email reminders, telephone calls and community-level volunteers.

A technical problem that Saturday knocked out income verification for the HealthCare.gov website is now fixed. Some people were getting a yellow screen that didn’t let them proceed.

But California, a major state running its own insurance exchange, recently posted a disappointing progress report.

The administration wants at least 9 million people signed up and paying premiums for 2015.

The deadline in most states is 2:59 a.m. Eastern time Monday.