Fogle moved to facility in OKC, release date set for ’29 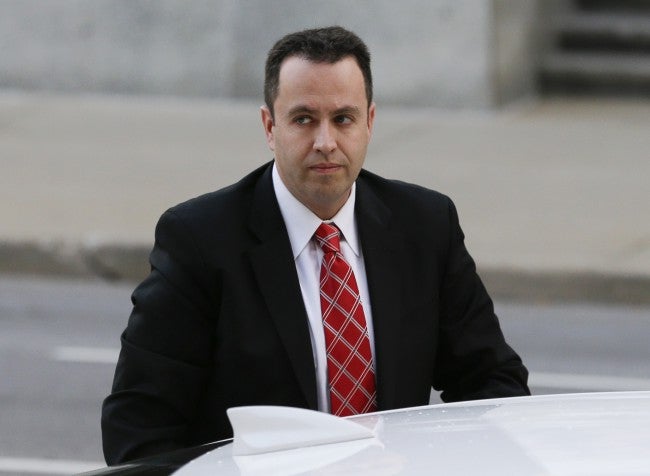 INDIANAPOLIS (WISH/AP) – Former Subway pitchman Jared Fogle has been transferred out of a detention center in Kentucky and into a facility in Oklahoma City.

After his sentencing last month, Fogle was transported to the Henderson County Detention Center in Kentucky to await his transfer to a federal prison.

According to the Federal Buerau of Prisons, Fogle has since been relocated to the Oklahoma City FTC where his release date is scheduled for July 11, 2029.

Fogle filed a notice of appeal in the child pornography and sex crime case that sent him to prison for more than 15 years.

Fogle attorney Ron Elberger filed the notice Monday in U.S. District Court in Indianapolis on Fogle’s behalf. A brief detailing Fogle’s arguments in his appeal is due Jan. 25.

Assistant U.S. Attorney Steven DeBrota said Tuesday that prosecutors cannot comment yet “because we won’t know his grounds for appeal until his brief is filed.”

The Seventh Circuit Court of Appeals in Chicago will hear Fogle’s appeal.

A federal judge sentenced Fogle on Nov. 19 after he pleaded guilty to one count each of traveling to engage in illicit sexual conduct with a minor and distribution and receipt of child pornography.