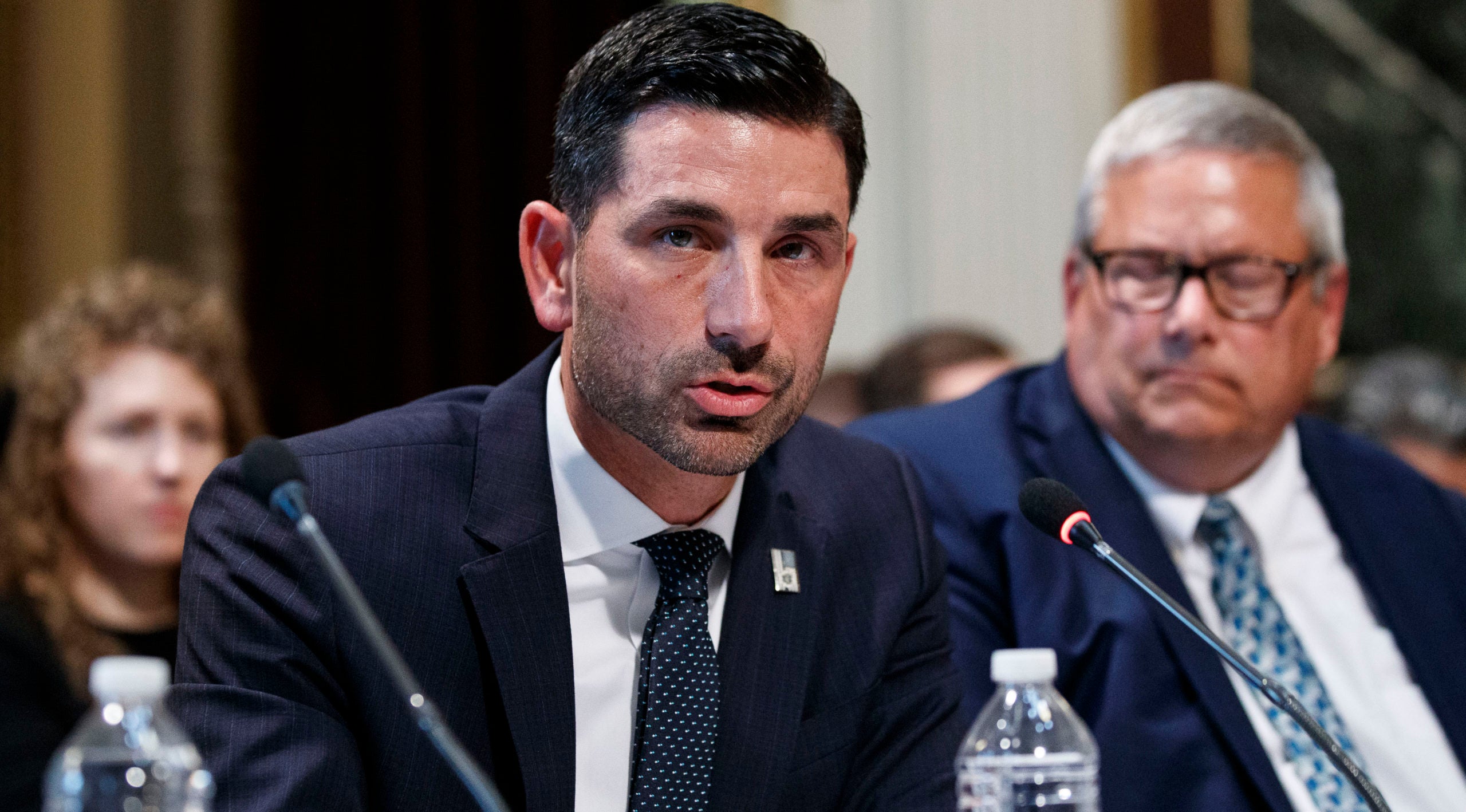 WASHINGTON (AP) — President Donald Trump on Friday said Chad Wolf, a longtime Homeland Security official, would be the new acting head of the department, the fifth person in the job for this administration.

But Trump’s casual announcement, made in response to a reporter’s question outside the White House, created even more uncertainty about who was in charge of the sprawling department.

There have been weeks of speculation over whom would be named the next leader, and Kevin McAleenan, the current leader, has agreed to stay on temporarily. The department initially wouldn’t confirm Wolf was next in line, saying only that McAleenan was acting secretary.

But when a reporter asked Trump directly whether Wolf was to be the next DHS secretary, the president responded, “He’s acting, and we’ll see what happens.”

The elevation of Wolf, who has served in Democratic and Republican administrations, is likely to disappoint immigration hardliners and perhaps Trump himself. The White House had been trying to work around rules that prevented Trump from promoting several political allies to at least temporarily run the agency that carries out U.S. immigration policies.

Wolf was chief of staff to former DHS Secretary Kirstjen Nielsen. He has been involved with the 240,000-person department off and on since its creation following the Sept. 11, 2001, terrorist attacks.

Wolf worked with Nielsen through many of the administration’s most challenging immigration issues but left as her chief of staff to take on another role within Homeland Security before she resigned in April.

He was nominated earlier this year to a Senate-confirmed position as Under Secretary of the department’s Office of Strategy, Policy and Plans. That nomination has not been yet confirmed.

He is described by some colleagues as a knowledgeable and widely respected member of the department who can carry on the president’s agenda.

But he was not initially discussed as a successor.

For weeks, various factions have been looking for legal blocks and workarounds as they sparred over who was eligible to succeed McAleenan. Federal vacancy rules that place restrictions on the position had been thought to bar immigration hardliner Ken Cuccinelli, currently the acting head of U.S. Citizenship and Immigration Services, and Mark Morgan, the current acting commissioner of U.S. Customs and Border Protection, from taking the job.

But officials recently identified a “loophole” in which Trump could appoint otherwise ineligible individuals by first tapping them to lead the Countering Weapons of Mass Destruction Office — a post that is vacant.

It’s possible Wolf could take over temporarily while the work-around is put into place.

The massive department was initially envisioned as a cohesive counterterrorism operation. It includes the Coast Guard as well as disaster relief and election security. But in Trump’s world, Homeland Security means one thing: immigration.

The president’s signature issue has led Trump to focus on the department, and balancing a White House eager to push major changes with the reality on the ground is a daunting and constant challenge. Plus, factions within the White House often cause friction on immigration, and this decision was no different.

Wolf’s nomination was met with some pushback from hardliners who felt his policies aligned too closely with Nielsen’s. But White House officials did not want to bump up too closely against the laws on who can lead and when, even though many of the department’s leaders are not in permanent positions.