For better or worse: Couple lives out vow every day 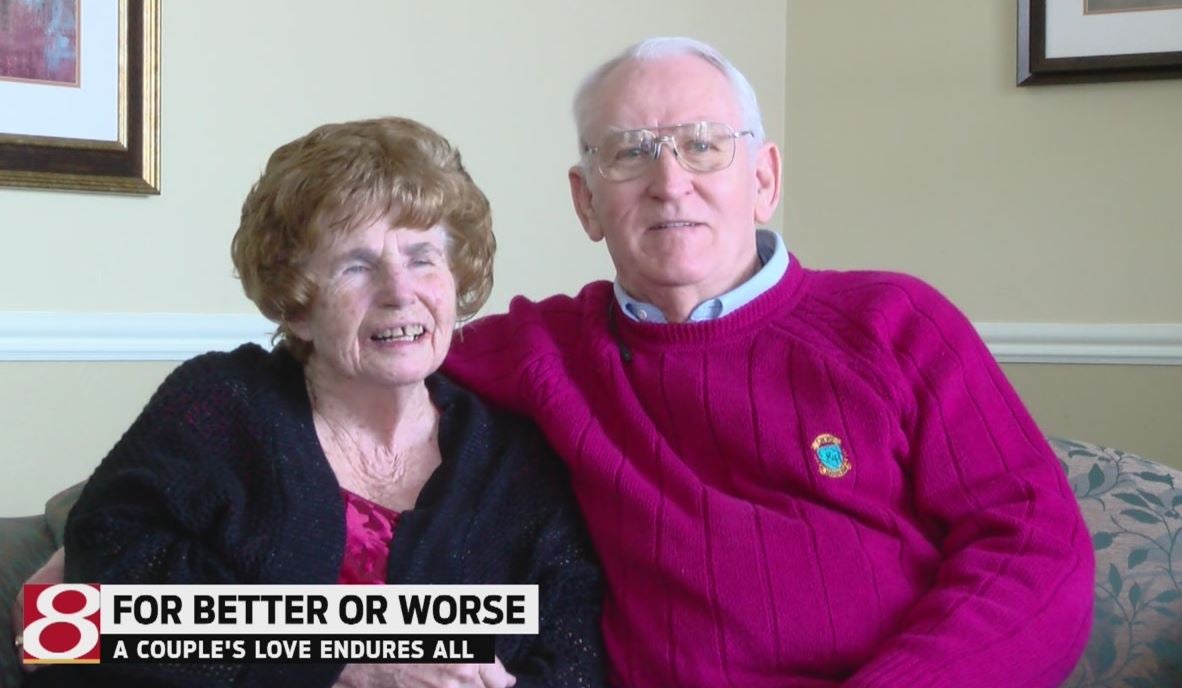 WILLIAMSPORT, Ind. (WISH) — For Dallas and Marie Wesley, the wedding vow, “for better or worse” is not just something they told each other nearly 64 years ago. It’s something they live out each and every day.

“It’s been a long time but don’t seem that long either,” Dallas said.

They started dating at 16 and married at 18.

“She really was the one I wanted and she finally loved me too,” Dallas said.

On such a spur of the moment that the minister’s wife brought in funeral flowers and Marie wore her best blue suit.

An unconventional beginning that brought them their first home, four kids and now to the Williamsport Nursing and Rehabilitation home.

“She has dementia and had some strokes,” Dallas said.

But she still remembers her husband’s face.

“She recognize cause a grin will come on her face,” he said.

He visits her every single day.

Making sure his wife knows he loves her as long as he can.

“I love her she’s a good wife, she’s been a good mother… and you can’t beat her,” he said.