For Kimball, racing competitively is all about numbers 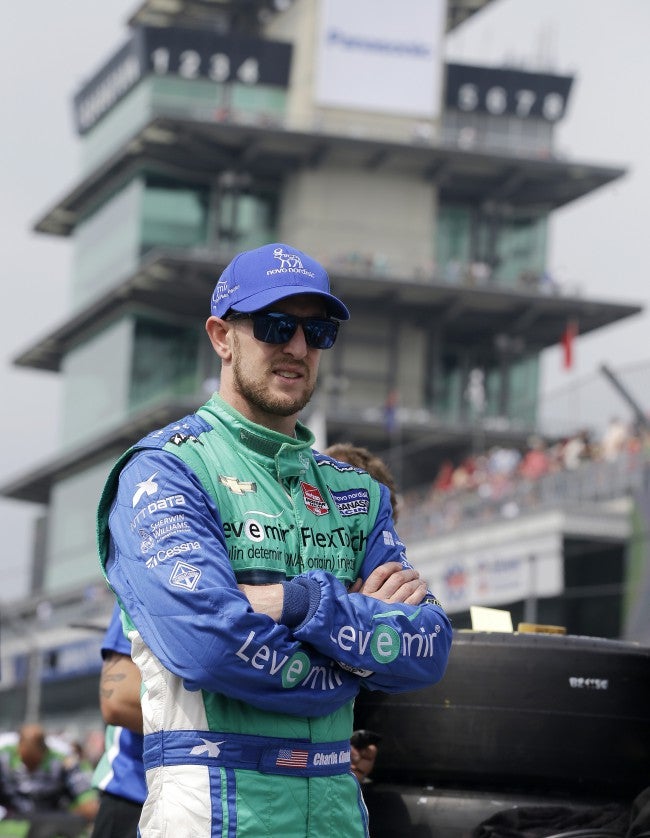 INDIANAPOLIS (AP) – Race day is all about numbers for Charlie Kimball.

He usually checks his blood-glucose level at least five times before climbing into his IndyCar. He follows a strict pre-race diet and uses a special in-car monitor to test his blood-sugar levels. After the checkered flag waves, he checks it again.

This is life as a diabetic race-car driver.

“The most important thing is for me to learn from every opportunity, every race, to evaluate the race and see if I did the job right,” he said.

Those sentiments could be uttered by any athlete in any sport who wants to win. In Kimball’s case, the connotation is quite different. While he’s always eager to reach victory lane, he is talking about the data collected during race conditions that helps him refine his pre-race and post-race routine.

Kimball was diagnosed with Type 1 diabetes in 2007 and has refused to allow it to stop his steady climb in racing.

After starting his career in karts, moving to cars and running in a series of European series, he returned to the U.S. in 2008 and started showing promise in open-wheel cars. In 2010, he finished fourth in the Indy Lights series.

A year later, Kimball got his big break when Chip Ganassi hired him to drive full-time. He won his first career race at Mid-Ohio in 2013 and has had two straight seasons with 10 top-10 finishes.

This season hasn’t been easy. He has started all six races outside the top 10, finishing a season-high fifth two weeks ago in the Grand Prix of Indianapolis. On Sunday, he will start 14th, the middle of Row 5 in the Indianapolis 500, backed by sponsor Novo Nordisk, whose insulin pens have helped Kimball to continue his career.

IndyCar officials say there have been no mid-race problems for Kimball, and his team concurs.

“No, never,” said Kim Jackson, a publicist for Kimball. “He’s so good at managing it, we’ve never had a problem.”

In addition to the blood-glucose monitor inside the cockpit of his No. 83 car, Kimball also uses a special water bag that has two bladders. One side contains water, the other orange juice. By flipping a small valve designed in part by his engineers and his father, a former race-car engineer, he can drink the orange juice if readouts indicate he needs some help.

“It’s really important with the speeds we go to keep it in the right range to be competitive,” Kimball said.

Especially with the longest and most grueling race of the season looming.

This year, he has higher expectations and a rigorous pre-race schedule.

He will eat protein and complex carbs the night before and morning of the race. He will test his blood-glucose level a handful of times before driver introductions and continually throughout the race.

Kimball knows that getting those numbers right is the only way he can win.

“I have to do all my preparation in the morning,” Kimball said. “We just want that number to be stable.”