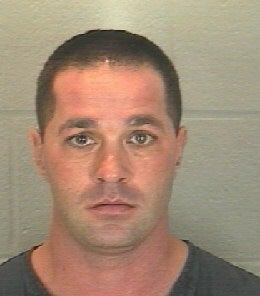 TIPPECANOE COUNTY, Ind. (WLFI) – Charges are officially filed against a McCutcheon High School teacher accused of having a sexual relationship with a 16-year-old student.

According to Tippecanoe County prosecutors, the sexual relationship began in October of 2014. However, they first met when the student was a freshman in his gym class.

Court documents state that Robinson would take the student to his parent’s house where he was living. Documents also said they would chat on FaceTime before school in the mornings.

According to documents in December 2014, they once left school grounds in the middle of the day to have sex during finals week before returning back to school.

Another incident occurred in January 2015, court paperwork states, when the student snuck out of a friend’s house where she was staying overnight. Robinson allegedly picked her up and drove her to his parent’s house where they had sex, later returning her to the friend’s residence.

Robinson has been employed by TSC since 2006.

He was arrested Friday, Jan. 9 and was placed on paid administrative leave pending the investigation.

The probable cause affidavit does not reveal how the relationship was discovered by investigators.

WISH-TV News sister station WLFI News 18’s Holly Campbell was in the courtroom and will have an update coming up on News 18 at Five and Six.