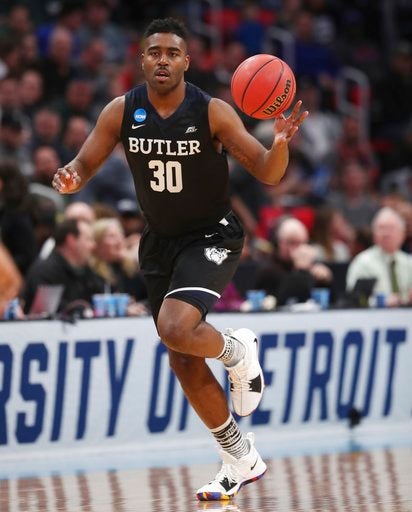 Martin signed on Friday, according to a source.

He led Butler last season with 21.2 points per game.

Charlie Clifford caught up with Martin in February as he prepared for his final home game as a Bulldog and for a place in the record books at Butler: “Being high on the scoring list is a blessing. I never knew that I could get to this point. It has just been all of the work I’ve put in the past three or four years. It is a blessing because if I didn’t put in that work, there is no way I would be here.”