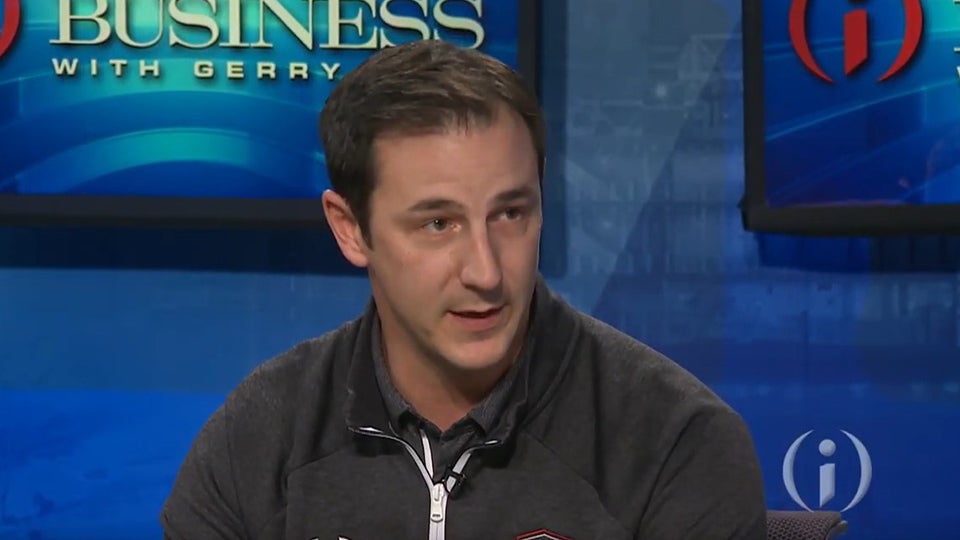 INDIANAPOLIS (Inside INdiana Business) — A young Indianapolis company is looking to help firefighters prevent injuries by treating them like professional athletes.

“We feel like the way athletes get in the training room, the way they are seen by doctors, how they’re handled by doctors just speeds the recovery,” Sorgi said. “If it’s given to high-level athletes, why not public safety? Why not firefighters, EMS (emergency medical services), police officers, the people that take care of us on a daily basis?

In an interview with “Inside INdiana Business” health reporter Kylie Veleta, Sorgi said the technology, known as DARI Motion, is a medical device that assesses movement. The U.S. Food and Drug Administration has cleared the device.

“We’re able to find deficiencies. We’re able to get a bunch of data and with the data, we can analyze where we have deficiencies throughout the body. Where we can find those deficiencies, we can predict injuries and sometimes be able to prevent injuries from occurring. So it’s nice to have this, which is normally provided to high-level athletes, given to public safety because their movements, their skill sets and what they do for work is very similar to the movements of an athlete.”

Sorgi co-owns ProTeam Tactical with former St. Louis Cardinals right fielder Joey Vandever. The company has partnered with the Whitestown Fire Department to use the technology for its firefighters.

The DARI Motion system allows the company to get a complete evaluation of the muscular skeletal data of firefighters in 10 minutes. The firefighters perform a series of 19 movements in front of cameras, which will then be analyzed for deficiencies or imbalances.

Sorgi said, “We’re able to give these public safety officers correctives to improve that imbalance and not only help them get to the job healthy and ready to go if needed and called upon, but also when they retire to help them live without pain so they can enjoy retirement.”

Sorgi says ProTeam Tactical started as a company focused on rehab, helping public safety officials get back to work after suffering an injury. He says if someone does get injured, the system can help them in the recovery process and make them better movers so an injury is less likely to reoccur.

The DARI Motion technology is portable and Sorgi says he wants to expand the company further.

“We plan on servicing all fire departments, all EMS, all police departments throughout the state of Indiana. That’s what was great about Whitestown is they’re very proactive in their approach with injuries. We were able to take it right to the firehouse and assess their people right there. It’s a 5-7 minute assessment; it’s relatively quick and we can get the results on the spot.”

Sorgi says the company does a lot of work with the Indianapolis Fire Department and Indianapolis government. However, ProTeam Tactical will soon open its first standalone location at the Pacers Athletic Center at Grand Park Sports Campus in Westfield.