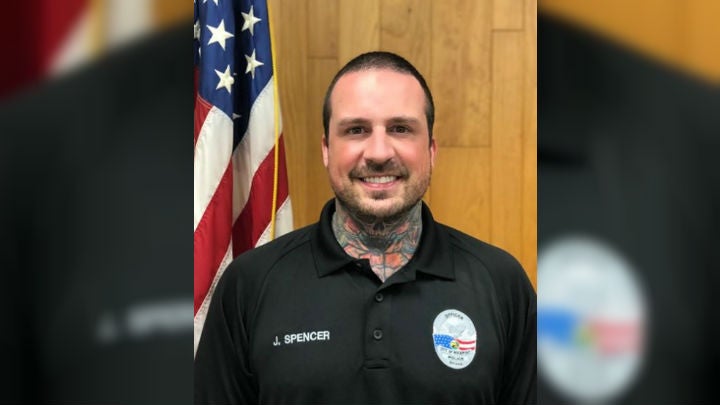 ROCKPORT, Ind. (WEHT) — The former drummer for Five Finger Death Punch is now a reserve officer for the city of Rockport, Indiana.

According to a Facebook post, Jeremy Spencer was sworn in as a Reserve Police Office of the Rockport, Indiana Police Department by City Mayor Gay Ann Harney.

Spencer, who is a Las Vegas resident, said it’s an honor to come back and serve the community as a reserve officer.

He grew up in Warrick County, where he graduated from Boonville High School (1991).