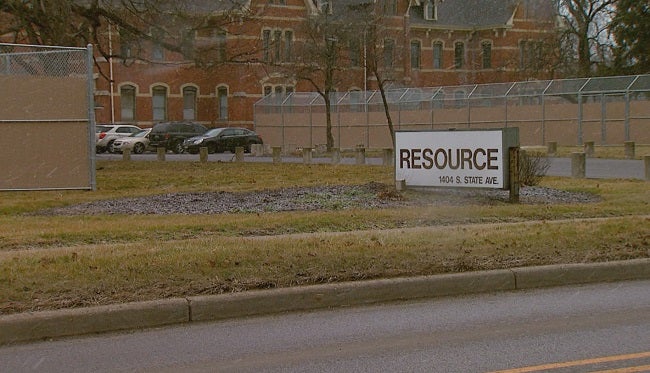 INDIANAPOLIS (WISH) — In November, an I-Team 8 investigation revealed a runaway problem at a local psychiatric facility.

After that story aired, dozens of former employees and residents reached out to I-Team 8 to share their stories. We discovered even more problems at the Resource Residential Treatment facility near Fountain Square.

Resource Residential Treatment facility calls itself a “life-changing psychiatric residential treatment facility for children and young adults in Indianapolis.” According to their website they address a variety of psychological issues like depression, anxiety, substance abuse and PTSD.

I-Team 8 started investigating what was going on inside Resource when Jeromy Baden contacted us in the fall of 2017. His son, Justin, was in the facility from December 2016 to June 2017.

Jeromy Baden’s adopted Justin, or “Bubba” as he calls him, about three years ago.

“He had these wonderful, cute, chubby cheeks and this huge smile,” said Baden.

But things with Justin weren’t always all smiles

“He can go from being the sweetest kid to some violence,” said Baden.

During one of those times, Justin ran outside telling the neighbors Jeromy hurt him, when Jeromy says he had only been trying to calm him down. The police were called and a judge ordered Justin to spend time at Resource.

“I was thankful that he was going to a facility,” said Baden.

Baden said he almost immediately went from thankful to concerned. During visits to the center for family therapy, he says he noticed parts of Justin’s therapy reports that concerned him.

“It said that one time, two kids jumped him and beat him up and it was a while before the staff even got there to separate them,” he said.

Baden says there were also incidents involving the staff – like the time a staff member pulled Justin out of bed and called him a homophobic slur.

In all, Baden told I-Team 8 about four separate incidents and showed us emails between himself and Resource staff that confirm two of them.

“You promise them you’re not going to let anyone hurt them and for months, I had to let him stay in a facility where he was being abused,” Baden said. “You lose faith in the system quite a bit.”

Audrey Smart-Huxley was also a resident at Resource, at the same time as Justin.

She echoed his stories of violence.

“Things happened where people would get jumped and be put in hospitals,” she said.

She says staff gave them packets to complete in order to graduate the program, but there was very little direct guidance and therapy, and she’d rather go back to a youth jail than go back to Resource.

“All day we just sat on a unit,” she said. “They never gave us anything to do. There were times we weren’t allowed to go outside because higher up people said we can’t go outside. We would go outside, like, maybe once a month…because they were afraid people were going to run.”

Audrey says a majority of the kids inside Resource come by way of the criminal justice system – as was the case for her and Justin.

“I was excited to leave,” said Audrey.

Data from the state

We compiled these stats based upon data received from DCS:

According to DCS, staff-on-resident attacks are typically reported to their hotline and assessed further.

A former Resource employee who declined our request for an interview told I-Team 8 that Resource has been on a DCS plan of correction for about two years. We asked DCS and filed a Public Access request, but never got a response.

I-Team 8 also spoke with a woman spent two years as a nurse at Resource. She is still in the industry and spoke to us under a condition of anonymity, so we are calling her Sarah.

“With concern for my own safety and knowing that is could possibly get bad and I could get really injured, I had to make the decision to put myself first,” said Sarah, “which was not easy because I love those kids. And I stuck it out for two years because I loved those kids.”

Sarah struggled with whether to talk with us, because she still respects some of the people who work at Resource, but she says a majority of the employees are young and vastly underqualified to work with kids struggling with major mental health issues.

“The staff members would encourage the kids to fight for their entertainment,” she said. “They started making concessions, bringing in outside food, doing things they shouldn’t have been doing for the kids and that in turn would create drama. There was one incident where I was told a staff member had brought marijuana onto a unit.”

Sarah said she witnessed several incidents where staff members were violent with the kids – and she’s told us she is aware of a male staff member who engaged in sexual activity with female residents.

“The big riots were maybe once every few months, but there were restraints almost daily for the kids and the aggression is a daily occurrence,” she said.

Sarah also said Resource does not use surveillance cameras. Neither Resource nor Acadia Healthcare would not confirm or deny this. We did our own survey and asked other residential psychiatric facilities in the state. Ten of the 11 facilities said they do have cameras – the other one would not say whether they have cameras, for safety reasons.

I-Team 8 reached out to Acadia Healthcare, the company that owns Resource, about what is happening there. They declined our request for comment and said they would pass our request along.

We also reached out to Resource, and got the following statement from CEO Jessica Laymon:

The Resource Team is comprised of many compassionate and dedicated staff who are committed to providing, not only for the daily needs, but also the treatment and healing of some of the area’s most vulnerable and traumatized youth. Chronic, long term abuse and neglect such as that suffered by many of the youth served in the Resource program, manifests as severe psychiatric and behavioral disturbances including self-harm, suicidal ideation, chronic desire to run away, aggression, and others.

Resource has zero tolerance for patient harm and closely follows the High Fidelity model for zero patient harm. As such, Resource provides a multi-faceted training program along with job shadowing, coaching, and competency assessment to ensure all staff know and understand the important policies and protocols for providing safe, trauma informed care for this vulnerable population. This highly effective program touches every aspect of the Resource treatment program to ensure that patient behaviors are managed safely and in a trauma informed way, while intensive therapeutic interventions focus on reducing and extinguishing such behaviors. In the rare circumstances when staff do not follow defined protocols, Resource acts swiftly to ensure patient safety. Resource is committed to recruiting, securing, training, developing the highest quality staff in order to provide the excellent care these youth deserve.”

“I think that light needs to be shown,” said Sarah. “I think something needs to be done and I want to be an advocate for those kids because there are many of them that can have a future if they have an advocate.”

Jeromy Baden filed complaints with DCS about what his son says happened. Baden says he got a letter from DCS stating there was not enough evidence Justin was abused. But he wanted to speak out in hopes of preventing something similar from happening to other families.

(CNN) — Sarah Boone called 911 and said her boyfriend got trapped in a suitcase and died during a game of hide-and-seek, according to court records.

The Florida couple had been drinking Chardonnay and doing puzzles Sunday night in their Winter Park apartment, Boone told authorities, when they thought “it would be funny” to hop in a suitcase as a part of the game, according to an arrest affidavit from the Orange County Sheriff’s Office.

Boone, 42, zipped up Jorge Torres Jr. in the blue suitcase containing a few items for donating. Two of his fingers stuck out, so she assumed he could open it, according to the affidavit.

She went upstairs to bed and thought he’d get himself out of the suitcase and join her, only to wake up Monday and find him still in it and not breathing, the affidavit says.

Boone was arrested Tuesday and faces a second-degree murder charge after investigators determined videos on her phone contradicted her story.

The phone footage shows her mocking her boyfriend as she filmed his cries for help, and telling him it was his punishment for cheating, according to the arrest affidavit.

“I can’t f**king breathe, seriously,” her boyfriend said in the phone video. “That’s on you. Oh, that’s what I feel like when you cheat on me,” she responds.

Police searched her iPhone after she signed a waiver and gave verbal and written consent. CNN has reached out to her public defender.

Boone denied intentionally leaving Torres in the suitcase, according to the affidavit.

Boone called police Monday afternoon and said she woke up hours earlier but assumed her boyfriend was on his computer in another room. When she could not find him, she suddenly realized he was still in the suitcase.

When police arrived at the scene, they found the victim near the front door with a laceration on his lip and bruising around his eye.

Boone is being held without bail. No cause of death is listed on the arrest affidavit. 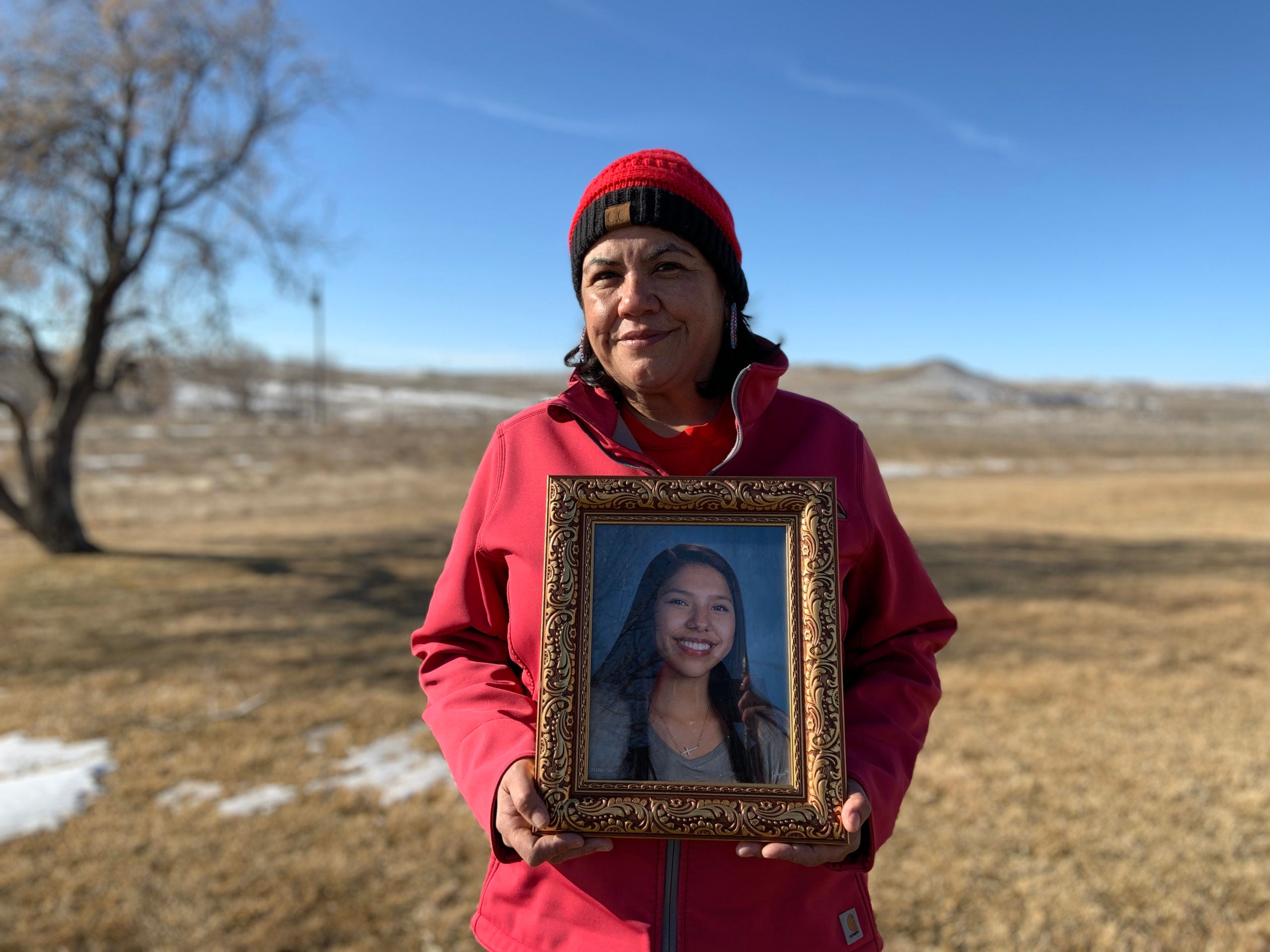