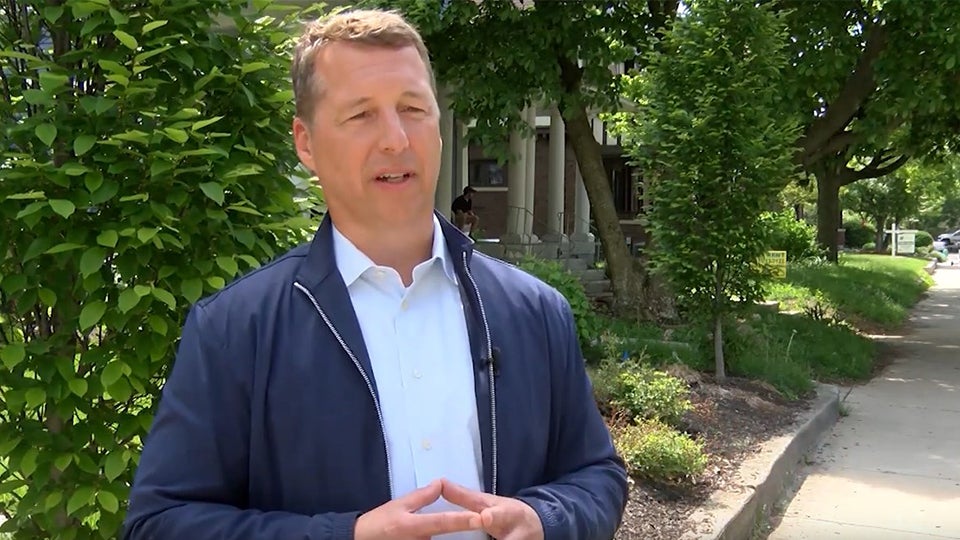 INDIANAPOLIS (Inside INdiana Business) — A former president of the Indiana Economic Development Corp. is calling on the Indiana Hospital Association to establish a fund that would invest some of the profits from Hoosier nonprofit hospitals back into the state. A recent report from Ball State University says Indiana’s five nonprofit hospitals have accumulated $27 billion in profits as of 2017 and Eric Doden suggests the IHA create the Main Street Indiana Fund, to which the hospitals could make an initial contribution of $10 billion.

In an interview with Inside INdiana Business, Doden said the hospitals would be better served to invest their profits in Hoosier communities, rather than New York hedge funds.

“We show here in the Main Street Indiana Fund that they can diversify their risk within the context of Indiana itself by where they put the money and still get diversification, but also get a double return,” said Doden. “Right now, if they invest in a New York hedge fund, they’d only get one return and that’s whatever the return they get from that investment in that hedge fund. In here, they get to improve the communities that they serve. At the same time, they get to make money.”

Doden says the Main Street Indiana Fund should focus on investments, including in early-stage companies and entrepreneurs, mid-size companies, municipal or education bonds and projects to restore the downtowns of rural Indiana towns and cities, among others. He said not only will Hoosiers directly benefit from the investments, but the state will also see benefits from new, highly-paid employees who would be hired by the person selected to manage the fund.

The policy brief from the Center for Business and Economic Research at Ball State, titled “Indiana has a Monopoly Problem in Healthcare; Preliminary evidence and recommendations,” says more than 85% of Indiana’s nonprofit hospitals received a profit that is higher than the national average for hospitals of all types.

In a statement to Inside INdiana Business, the IHA questioned the report, as well as the call for the creation of the Main Street Indiana Fund.

“A recent suggestion to create a fund from Indiana hospitals’ reserves is not a serious policy proposal, but rather another step in a coordinated campaign to influence contributions to a specific economic development project. Eric Doden, who heads up a real estate development company based in Fort Wayne, has called for hospitals to contribute to a fund that would advance projects such as those promoted by his firm. His call for this fund is based on a flawed and misleading report…which makes outrageous accusations against Indiana’s hospitals.”

The IHA says the Ball State report is “rife with errors and paints a highly inaccurate picture of Indiana’s hospitals.” The association says the report’s author, Michael Hicks, did not use publicly-audited financial statements for the report, “resulting in a highly distorted view of hospital reserves and margins.”

The IHA commissioned New York-based firm NERA Economic Consulting to evaluate the Ball State study. The firm’s analysis concluded there is “little to support the idea of a “monopoly problem” or that hospital “monopolies” are prevalent in Indiana.”

Doden says, if the Main Street Indiana Fund were to be established, a fund manager should be selected by the IHA through a national search process. That person would work with state and community leaders to determine the types and percentages of investments that would be made by the fund.

“If we take these appropriate and prudent steps today to invest in our collective future, Indiana may not only maintain its economic prowess nationally but may leap far ahead of the pack for a generation or more,” Doden said in a press release. “Even to the most financially sophisticated minds, these figures become so large that it’s nearly impossible to imagine the impact that this opportunity affords Hoosiers.”

The IHA also calls the idea that “hospitals are hoarding cash reserves on Wall Street” a “fallacy.”

“As with individual Hoosiers, businesses, and public entities including the State of Indiana, hospitals do invest ‘on Wall Street,'” the IHA said. “However, the balances are held in trust by these institutions and their community-led boards for the purpose of supporting the collective mission of serving patients and improving Hoosiers health and well-being. Every dollar comes back the community in some way—whether that is to pay a nurse’s salary, to improve facilities for providing world class care, or funding philanthropic or economic development programs in a hospital’s backyard.”