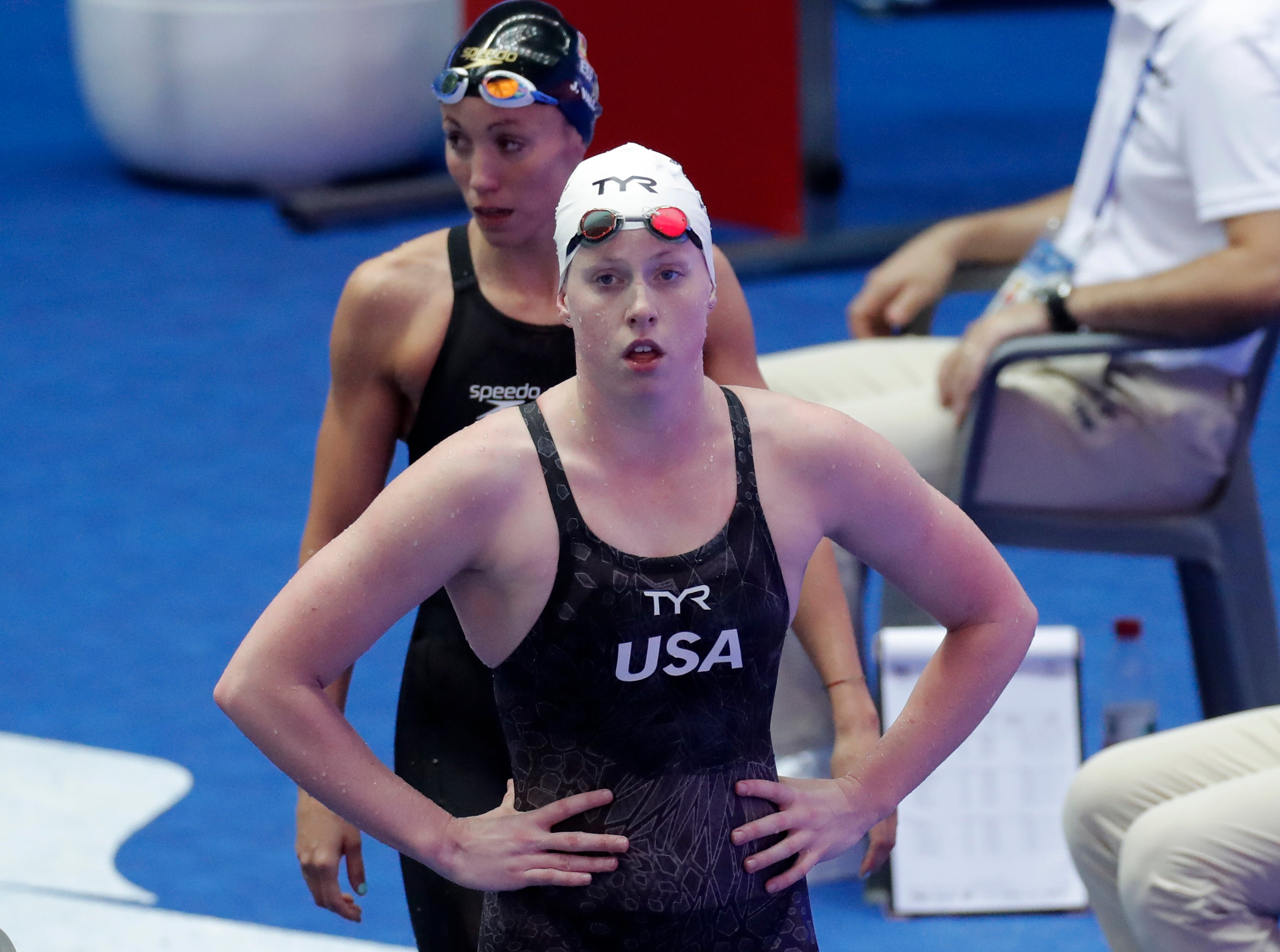 GWANGJU, South Korea (AP) — American swimmer Lilly King lost an appeal of her disqualification from the 200-meter breaststroke preliminaries at the world championships on Thursday.

FINA’s jury of appeal upheld the DQ shortly before the evening finals began.

It was a big blow for King, the outspoken doping critic who was aiming for a sweep of the breaststroke titles in Gwangju. She already won the 100 over Russian rival Yulia Efimova. She is a Evansville native and former Indiana University swimmer.

King won the third morning heat in 2 minutes, 24.56 seconds, but was disqualified for not touching the wall with both hands at the same time in the first turn of the four-lap race, according to USA Swimming.

The U.S. team filed a formal protest, which was denied by FINA’s appeals process. The matter was then escalated to the jury of appeal at the Americans’ request and the decision came down about seven hours later.

King’s time would have qualified her second-fastest for the evening semifinals behind Canada’s Sydney Pickrem, who led the way in 2:24.53.

King reacted with shock upon seeing “DSQ” next to her name on the video board. She said she wasn’t told why she had been disqualified although she asked the officials.

On-deck judges supervise each lane to observe whether swimmers are simultaneously touching the wall.

Swimming in the last heat, Efimova said she was a bit nervous after seeing the DQ.

“I’m actually always thinking about this because some people make some stuff and nothing happen, but I know if a Russian do something, it’s always like …,” she said, making a kicking motion with her foot.

King’s DQ recalled a similar situation involving Aaron Peirsol in the 200 backstroke final at the 2004 Athens Olympics that had a different outcome.

The American was disqualified for making an illegal turn while finishing first. The decision was overturned and he received the gold medal.