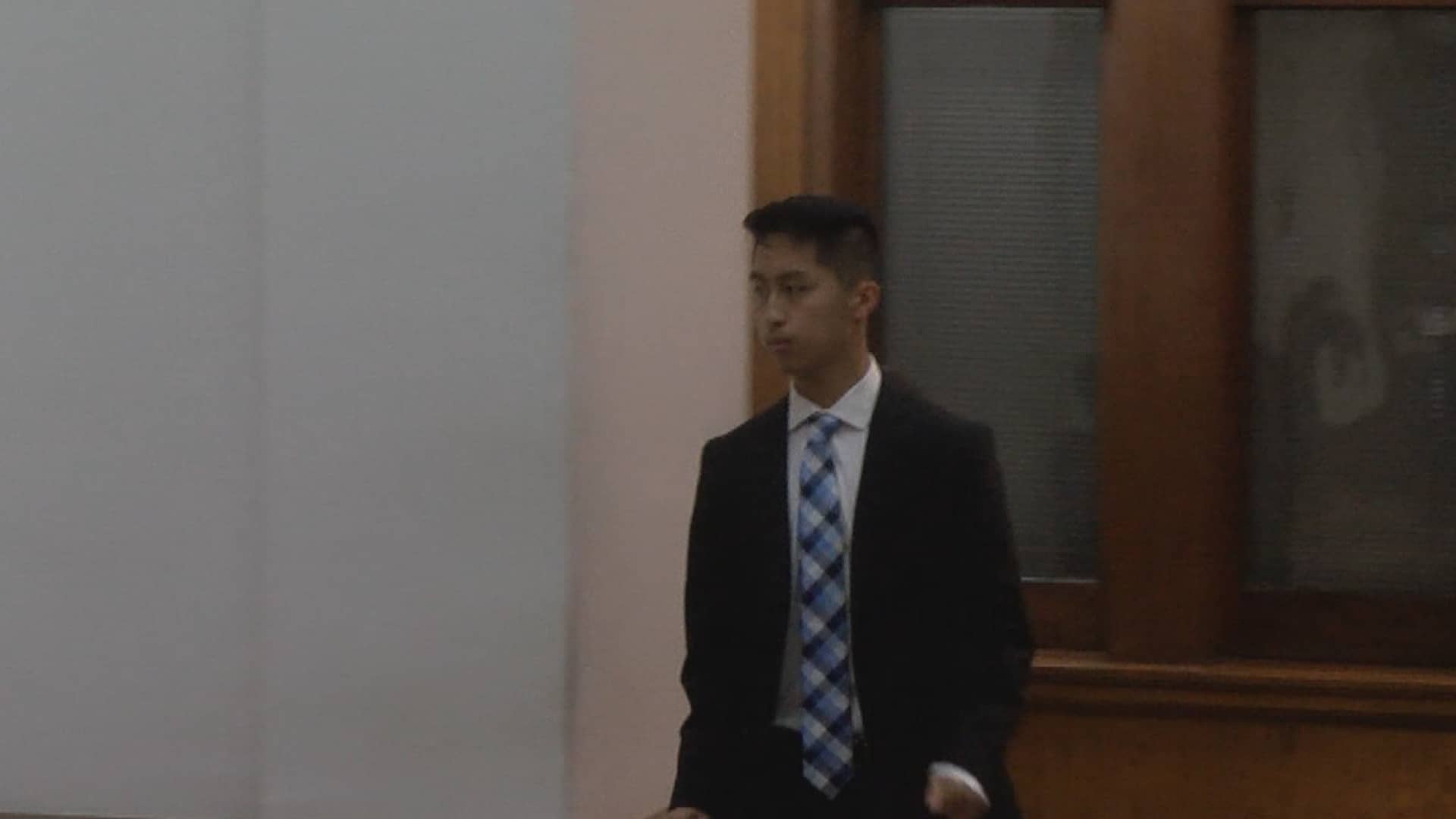 CLINTON COUNTY, Ind. (WLFI) — The former Purdue student accused of rape at a fraternity event pleaded not guilty Friday morning in a Clinton County courtroom. Richard Chan, 18 of New Jersey, is facing two counts of rape and one count of attempted rape. Prosecutors say the alleged crime was recorded on his phone camera.

According to court documents, Chan was attending a party at a barn on County Road 0 N/S on Oct. 19. The party was hosted by the Sigma Tau Gamma fraternity at Purdue University. Prosecutors said Chan was a pledge for the fraternity and was “drinking a lot” at the party.

Prosecutors said the victim had also been drinking and was intoxicated. Toward the end of the party, the woman went to use a portable bathroom and was followed by Chan, according to court documents. The woman told investigators that she did not know Chan, but knew of him through social media.

Chan sexually assaulted the woman against her will in the restroom and recorded the crime, according to prosecutors. Court documents said the woman then ran out and disclosed what happened. She was taken back to Purdue’s campus by bus.

Deputies from the Clinton County Sheriff’s Office were contacted when the woman showed up to a Lafayette hospital.

Chan was found and taken to the sheriff’s office to be interviewed. Chan admitted to being in the bathroom and that he recorded the crimes, according to court documents. Detectives observed the videos with Chan’s permission. Prosecutors said the video showed the victim saying “no” to Chan several times.

Chan then admitted to detectives that there was a problem and it was because “he forced [the woman] to have sex.”

The judge said Chan could face between 3 to 16 years in prison. A no-contact order has also been granted between Chan and the victim.

Chan was accompanied Friday by his family and his attorney, Tom O’Brien. The attorney declined to speak following the hearing.

Purdue University has suspended Chan, who was a freshman. Sigma Tau Gamma fraternity has also been suspended, pending an investigation.

On October 20, 2019, Sigma Tau Gamma Headquarters Staff learned of a report of a Title IX allegation involving a former associate member of the Beta Theta Chapter at Purdue University. Due to the allegations, the associate member has received notice of removal from the organization. The chapter has been placed on Cease & Desist by Sigma Tau Gamma Headquarters Staff to support the university’s investigation into the allegation. The safety and security of Sigma Tau Gamma members and guests is our top priority. All members have been encouraged to cooperate with authorities during the investigation.