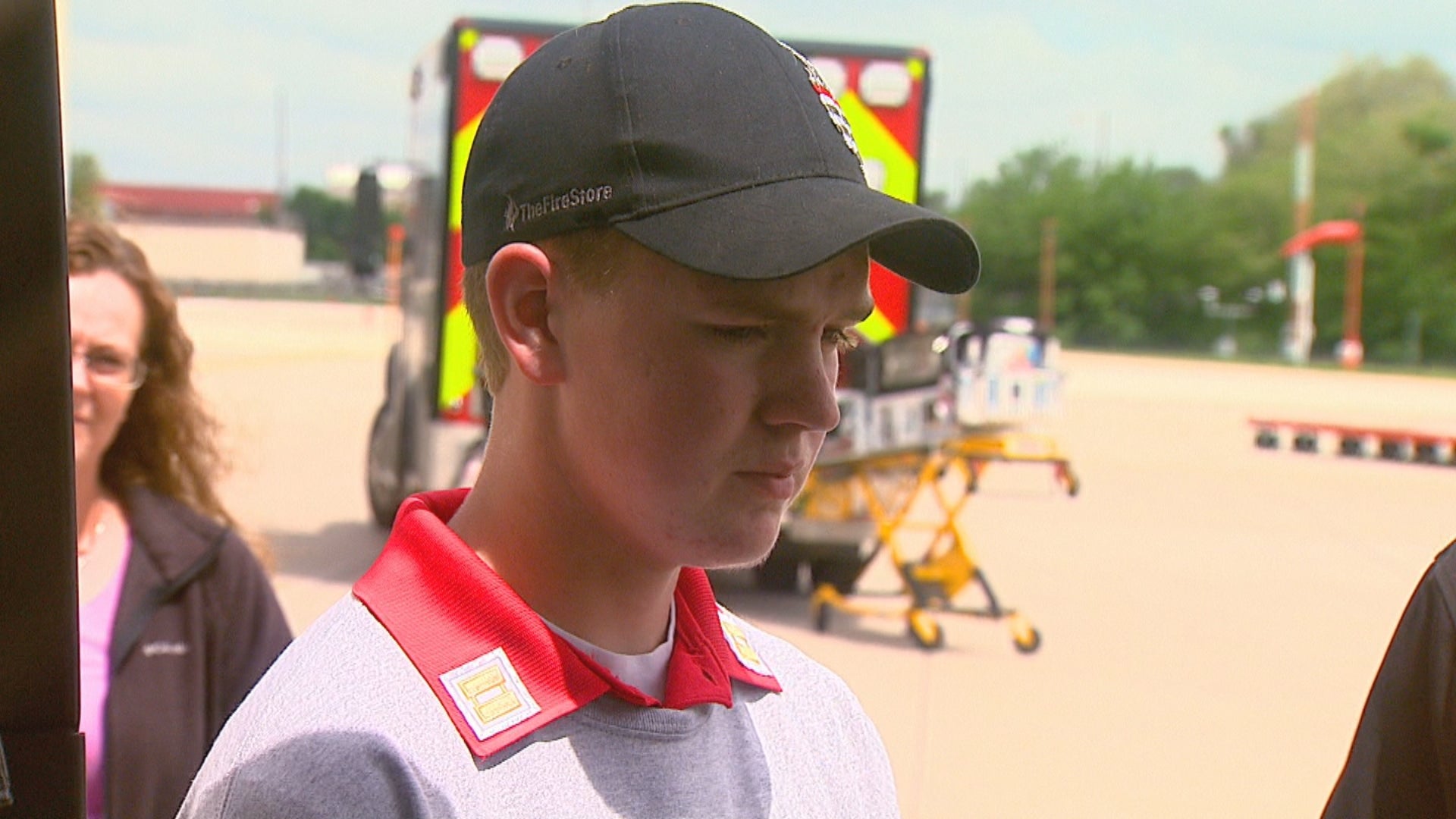 INDIANAPOLIS (WISH) – A teenager who overcame a potentially life-threatening diagnosis has been selected for a special honor at this year’s Indianapolis 500.

15-year-old Trey Edens will deliver the green flag to the Indianapolis Motor Speedway before the race Sunday. He will fly with the flag in the Lifeline helicopter from the downtown heliport to the track.

Edens is a former patient at Riley Hospital for Children. He is now a Wildcat Township Fire Rescue cadet.

Edens was less than a day old when it was discovered he would need to have one of his lungs removed.

Wednesday, Edens and his parents met with some of the care team that helped save his life back in 2004.

“I wouldn’t be here if it wasn’t for the men and women of Riley and IU to transport me down there to get me the care and the surgery that I needed,” Edens said. “Knowing that now I’m meeting the men and women who did all that, who saved my life, is a miracle.”

Edens has since made made a full recovery.