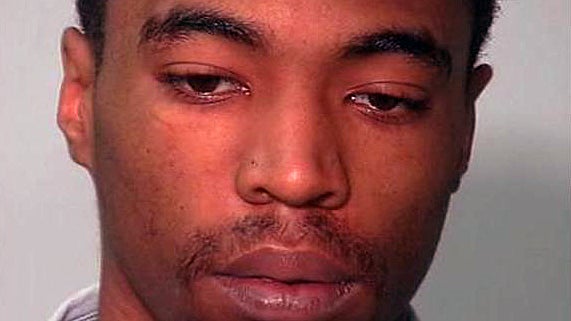 FORT WAYNE, Ind. (AP) — A Fort Wayne man who was facing the death penalty in a September 2016 quadruple killing before pleading guilty was sentenced Thursday, July 25.

Marcus Dansby, 23, was sentenced to 300 years in prison for four counts of murder and another charge of attempted murder related to the Sept. 11, 2016, killings of 37-year-old Consuela Arrington; 18-year-old Traeven Harris; 18-year-old Dajahiona Arrington and her full-term baby named A.J. at a home at 3006 Holton Ave. Fourteen-year-old Trinity Hairston was also shot and stabbed in the melee, but she would make a recovery.

WANE reports that Dansby was disrespectful to the judge throughout the hearing, adding that he does not respect her. Dansby also told family of the victims, “I don’t care how you guys feel. You guys can feel how you want to feel.”

Dansby walked into the courtroom Thursday morning smiling while shackled at his wrists and ankles. Several of his family members and supporters sat front row, waving and smiling back at him.

Character witnesses for Dansby took the stand first. Each described him as a good guy and well-mannered, but said he hit a dark place. One witness explained Dansby witnessed a close friend get shot in the head and said he was never the same since. She believed he suffered from Post Traumatic Stress Disorder.

His mother, Rhonda Dansby, said what he did was horrific. However she asked the judge not to “throw him away.” She wants help for his mental illness.

The first witness for the prosecution was Fort Wayne police Sgt. Michael Bell. He was one of the first officers on the scene. What he described was a house of horrors.

Bell said he could smell gun powder and the stench of blood was “overwhelming.” He said the carpet was saturated with blood and he found a butcher knife that looked like it had been dipped in red paint.

Officers eventually located each of the victims inside the home throughout the house. He could tell a couple of the victims were already dead. Others appeared to be in grave condition.

Bell said he eventually found Dansby near one of the victims bodies crawling on his hands and knees inside the home. He recalled Dansby saying, “Why aren’t you helping them? They’re still breathing and you are just standing there.”

Bell said he has spent 12 years on the police force. He works the southeast quadrant and has responded to hundreds of shootings. He described the scene as, “the most profane act of evil he has ever witnessed.”

Dansby pleaded guilty in May after prosecutors agreed to drop the death penalty.

Police were called to the Holton Avenue home around 4 a.m. that Sept. 11, 2016. Officers arrived to find the victims bodies stabbed and shot, and Dansby covered in blood, leaning over the couch, crying and asking for help, according to an affidavit.

On him, police found a large blood-soaked knife with a broken handle, the affidavit said.

During an interview with police, Dansby immediately told the investigator, “I am still hearing gunshots,” and reportedly asked, “Did anyone survive?” according to the affidavit.

Dansby had cuts on his left hand and initially told police he did know where the cuts came from. Later he remembered “his cat scratched him,” according to the affidavit.

Police said that Dansby and Dajahiona Arrington had been in a relationship, but the pair had separated after the woman became pregnant with another man’s child. A DNA test confirmed, though, that Dansby was the father of the unborn child.

In January 2017, the Allen County prosecutor filed a motion to seek the death penalty against Dansby.

Dansby was set to stand trial in October. The proceedings were scheduled for the entire month of October.