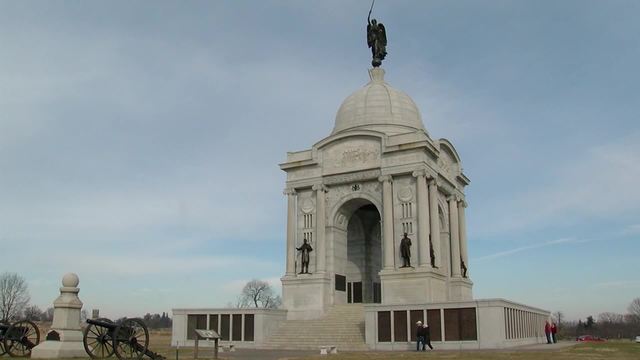 GETTYSBURG, Pa. (WHTM) – A 13-year-old Fort Wayne, Indiana, boy was flown to a hospital after he fell about 40 feet from the Pennsylvania Monument at Gettysburg National Military Park.

The boy fell from a stairway to an observation area while in an area “where he was not supposed to be” and landed on the hard plaza pavement, a park spokesperson told News 8’s sister station ABC27 News. He was among a group of students on a field trip from Fort Wayne.

Emergency units responded to the incident at 9 a.m. Friday and had the teen flown to Penn State Hershey Medical Center.

The district could not provide an update on the student’s condition. Stockman said district officials had been in communication with the student’s family.

“How the fall occurred is unclear, but we appreciate the quick response by the National Park Service, first responders and medical personnel. The student and the student’s family are in our prayers,” Stockman said in a statement.

The Pennsylvania Monument, the largest of the state monuments on the Gettysburg Battlefield, was temporarily closed following the incident but has since reopened.