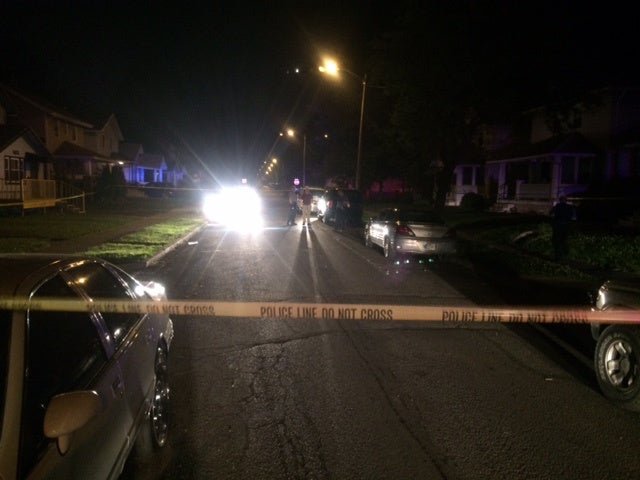 Police responded to a reported shooting in the 3500 block of Oliver Street shortly after 11 p.m.

Officers found a man in the road who was unresponsive. They performed first aid until paramedics arrived and the man was taken to the hospital in critical condition.

Hospital staff pronounced the victim dead a short time later. His name has not been released.

FWPD Spokesman Officer Jason Anthony said the man appeared to have been shot in the chest. Detectives were interviewing possible witnesses and neighbors to gather information. Crime scene technicians gathered possible evidence, including at least one shell casing found at the scene.

Police apprehended a “person of interest” in an alley several blocks east of the shooting. Anthony said witnesses were able to provide a clothing description of a possible suspect. Officers canvassing the neighborhood found a person matching the description and were able to detain the individual after a short foot pursuit. The person has not been arrested and no charges have been filed. Anthony said a firearm was found by officers in a nearby alley.

The Allen County Coroner’s Office is expected to conduct an autopsy Tuesday to determine the exact manner and cause of death.