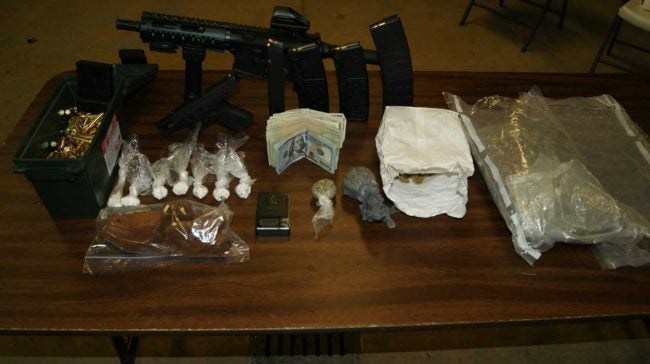 According to the Fortville Police Department, a speeding vehicle, driven by 22-year-old Ja Qwanta Streeter, was stopped.

Police say that during the course of the stop, it was discovered that Streeter was in possession of 175 illegal pills packaged for individual resale.

Also found in the vehicle were the following items:

Street currently faces preliminary charges for dealing in a schedule four controlled substance, dealing marijuana and carrying a handgun without a license.