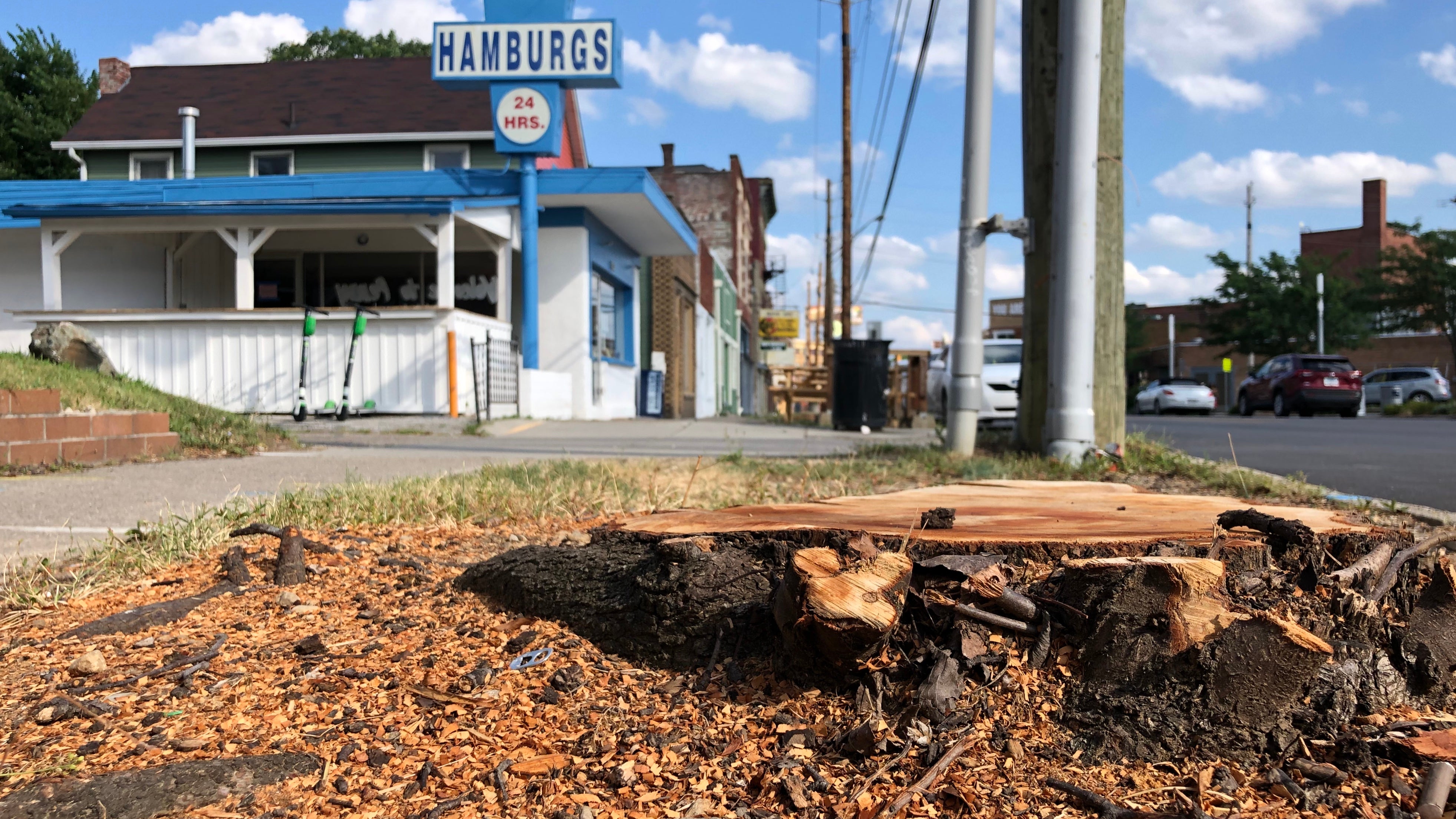 INDIANAPOLIS (WISH) — Residents, employees and customers in the Fountain Square neighborhood said they were stumped by a utility company’s decision to remove a row of trees along Virginia Avenue.

“Why couldn’t they just trim the trees?” asked Tom Legeros, whose nephew lives in Fountain Square. “There’s no reason to cut them down to root scale, all the way down to the ground.”

Resident Lindsay Carl said she was “devastated” the leafy sidewalk trees had been reduced to stumps.

The decision to remove the trees on the east side of Virginia Avenue, between Grove and Woodlawn avenues, was made in coordination with city officials, according to a spokesperson for the Indianapolis Power & Light Company.

Trimming branches to create sufficient space for the job “wouldn’t have left much of the trees after the process was completed,” an IPL spokesperson told News 8.

Permits for the removal were issued by the city’s Department of Business and Neighborhood Services.

Utility line clearance requirements “would have meant removing more than 30% of each tree” if they had trimmed the trees, a department spokesperson said in a statement to News 8.

Three ash trees underneath the utility lines were in “declining condition,” the statement said.

Nevertheless, residents and passersby mourned the loss of flora, shade and character in the 900 and 1000 blocks of Virginia Avenue.

“I think it’s really a shame,” said Jay McGill, noting one stump appeared to be more than 30 years old. “It would take a long time to grow another tree like that in its place.”

A store employee in the 1000 block of Virginia Avenue said it felt noticeably hotter without the trees.

“It’s more like 100 degrees [instead of 90] on this side of the street,” said Jason McCoy, an employee at Tillberry’s Vaping Elixirs. “We should plant new trees.”

“The decision on what will be planted to replace the removed trees is still being considered,” the Department of Business and Neighborhood Services said. “Preference for tree preservation is one of the first and most important considerations when we are discussing the sustainability and revitalization of communities across the city.”