Four area teens died by suicide in month of October 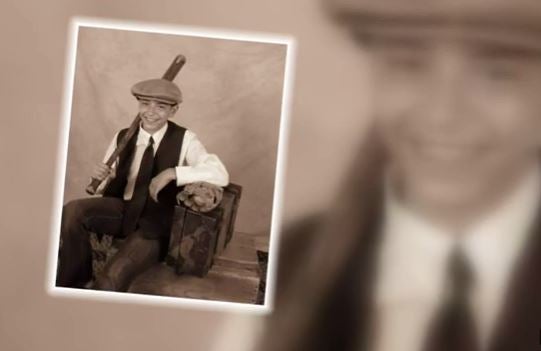 Teen suicide is a real and heartbreaking problem in Indiana. Statistics show the state leads the nation in the number of teens who consider suicide as a realistic option. Now a father of one of the teens is speaking out. Bob Becker from Kendallville hopes his son Jacob’s death will encourage parents to talk to their children about suicide.

“It’s what any parent would ever hope is that no more young children ever die this way. They don’t have to,” Said Bob Becker.

Around 6 p.m. Thursday on Oct. 27, 16-year-old Jacob Becker used a handgun to take his own life. He did it in his upstairs bedroom in the family’s Kendallville home. His father said he had a wonderful sense of humor and a smile that would light up the room. But he also had a darker side. Becker was a young man who lived with the effects of depression. His father was aware of the disease and how it afflicted the 16 year old, but he said he didn’t ever think it would reach the level of suicide.

In addition to depression and the usual teen troubles at home, Bob Becker said there was also trouble with classmates. Becker was a sophomore at East Noble High School.

“I don’t know how often. I don’t know how bad it got. But I do know he was being bullied,” said Bob Becker. “Jacob seemed to imply some of those concerns in a suicide note he left in an Instagram post. ‘Hey everyone,’ the teen wrote, ‘I know a lot of people are going to end up finding this really selfish, but to be honest, I can’t live like this anymore. I am tired of everything. I am tired of the way I am treated. I am tired of everything wrong I keep doing. I feel like this is best for everyone. I’m going to miss a lot of people. I am sorry everyone. Good bye. It’s been a great life getting to know you all.'”

Jacob posted the statement approximately 15 minutes before he shot himself.

“I think the biggest thing is the isolation factor,” said Clinton Faupel, the Executive Director of RemedyLIVE. It is a cutting edge “24 hour chat center for those struggling in life,” according to its website. It is based in Fort Wayne, Indiana but has a national footprint. The non-profit deals with abuse, depression, bullying, suicide and many other issues faced by today’s youth.

“They want to be alone a lot more. They sleep a lot more. They don’t have a lot of answers when you ask them how they’re doing because they’re trying to numb themselves because of the pain they’re feeling internally,” said Faupel about teens and warning signs.

He said many of us miss the signs because we don’t want to ask the question: “Have you thought about suicide?”

Through its Get Schooled Tour program, RemedyLIVE has talked to more than 5,000 northeast Indiana school kids. Of those teens, 26 percent said they have thought of suicide. A relatively high number, but not surprising since the state of Indiana often leads the nation in the same category.

But if you think your child would always turn to you for help, don’t be too confident. When asked who they would go to if they were struggling, 21 percent of our local kids said their parents, 2 percent said a teacher, 57 percent would choose a friend, and 20 percent would keep it all to themselves.

“Mom and Dad have to ‘parent up,’ and say I’m going to spend time with my kid. I’m going to ask them hard questions as well as the fun questions, because I care too much about them,” said Clinton Faupel.

He said to remember a few simple rules when dealing with your teen:

He said to also not hesitate to seek professional help. In addition to remedylive.com, you can call 800-284-8439 or text “lookup” to 494949 to speak with a professional 24 hours a day. You can also go to http://lookupindiana.org/ to find help.

Bob Becker agrees that it is time to end the stigma associated with mental health and suicide. He said don’t hesitate to get your child help.

“Get ’em help. Get ’em help. They can tell you they don’t need it. I don’t care what they tell you, you’re the parent. Get ’em the help,” Becker pleaded.