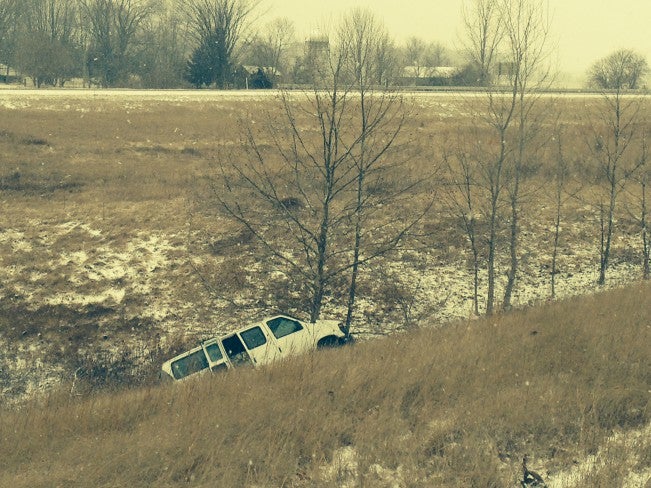 NEW CASTLE, Ind. (WISH) – Police say four Ohio University students were injured Monday when their school van slid on the ice and into a ravine in Henry County.

Police say the 18-year-old driver was uninjured in the crash. Two teenage passengers were taken to Henry County Memorial Hospital and released after receiving treatment for injuries sustained in the crash.

Police stated that the two most seriously injured were back seat passengers and were not wearing seat belts at the time the accident occurred. Seat belts were effective in reducing the nature of the injuries in the other occupants of the van.