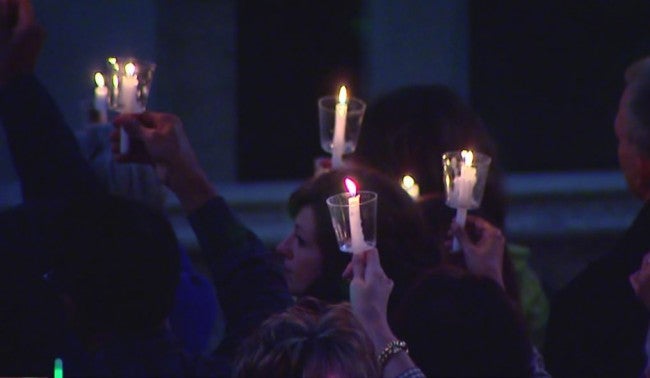 INDIANAPOLIS (WISH) — Indiana lawmakers get back to work Tuesday when the 2016 general assembly session begins.

A hot-button issue will be LGBT rights.

Supporters of updating Indiana’s civil rights law to include protections for gays and transgender people held a vigil in downtown Indianapolis on Sunday.

The event was hosted by Freedom Indiana and two faith groups.

Christian author and Danville pastor Phil Gulley was the keynote speaker during the event.

Lawmakers are expected to debate the issue during the 2016 session.

The issue has become a focus for many Hoosiers following last year’s Religious Freedom Restoration Act.