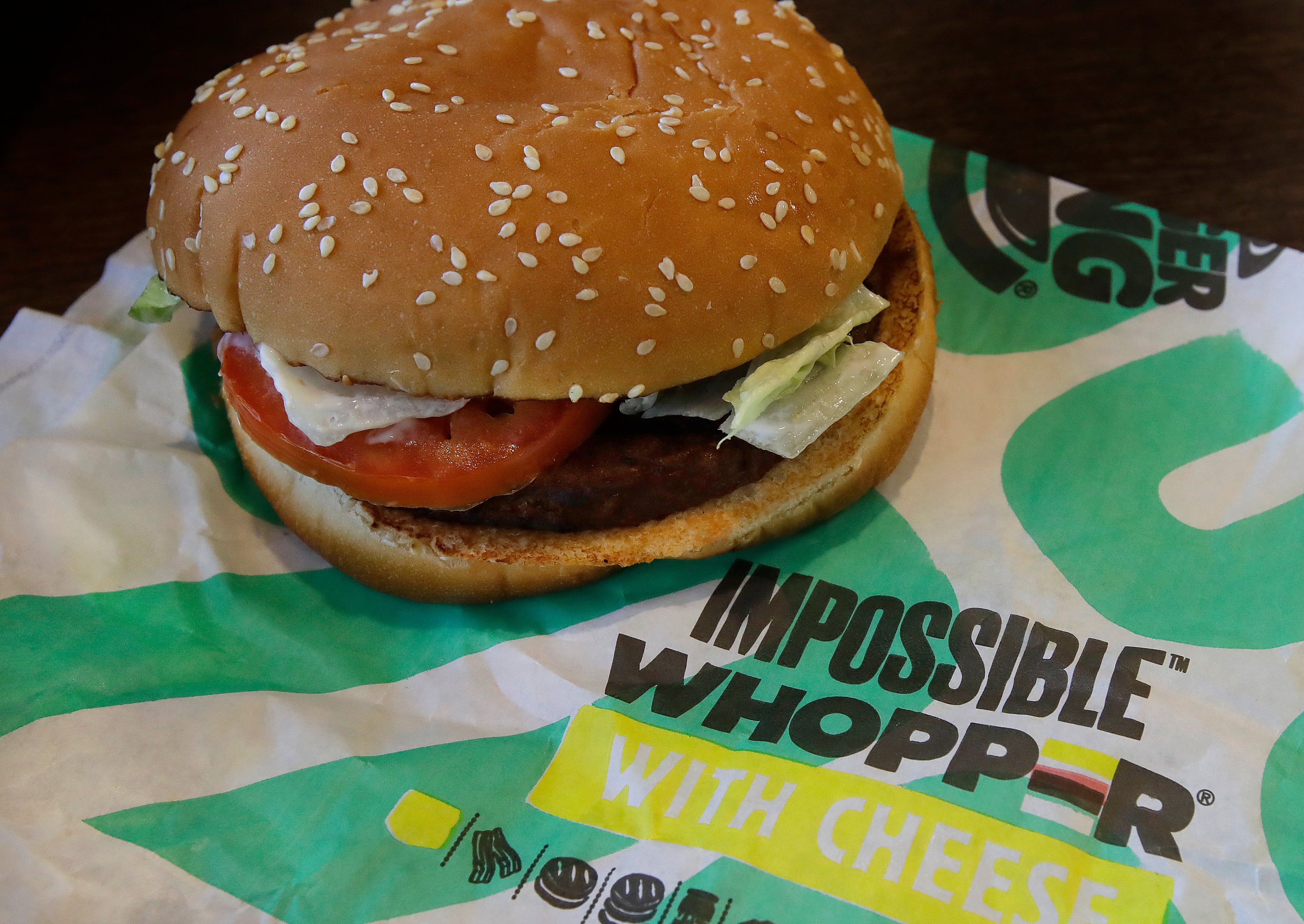 In this Wednesday, July 31, 2019 photo, an Impossible Whopper burger is photographed at a Burger King restaurant in Alameda, Calif. Burger King will soon offer its Impossible Whopper plant-based burger nationwide. The chain said the soy-based burger, made by Impossible Foods, will be available for a limited time at its 7,000 U.S. stores starting next week. (AP Photo/Ben Margot)
by:
Posted: Aug 2, 2019 / 07:33 AM EST / Updated: Aug 2, 2019 / 07:33 AM EST

Rust is often associated with decay and disrepair, but scientists at Caltech and Northwestern University are looking at it as a means of generating electricity.

Thin films of it, as the scientists show in a new study, could be used to generate electricity when interacting with saltwater.

The rust involved with this project would have to be developed with consistency in a lab.

Amazon is killing the Dash button.

The online retail giant says all Dash buttons will stop working at the end of the month.

The Dash button let you buy an item, like razors or detergent, on Amazon with one click.

But with the development of the Echo device that has eliminated the need for the Dash buttons and not that many customers were using them anyway.

With success comes scrutiny, and plant-based burgers are getting a close look by nutritionists.

The Wall Street Journal says some nutritionists point out that they contain almost as many calories and more sodium than beef and that they are highly processed.

On the other hand, meat alternatives contain no cholesterol.

Friday is a jobs report day.

Unemployment, meanwhile, is expected to hold steady at 3.7%.

Analysts will also be monitoring wage growth and average hourly earnings for signs of inflation.