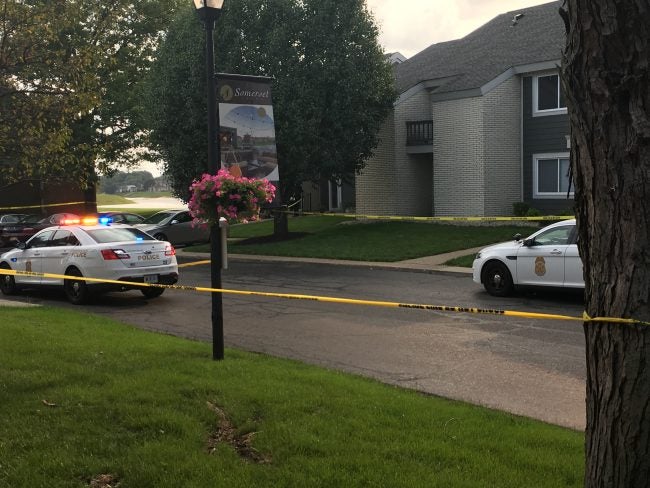 “He was really trying to make something out of himself. The way he talked to me, he was trying to get in a good trade,” Darring said. “Just a tragedy.”

“[They’re all] kids who haven’t even started living yet,” said Darring.

Indianapolis Metropolitan Police Department officials said the three men were found shot to death around 6 p.m. Sunday at the Somerset Apartments off 79th Street west of Dean Road. There were no signs of forced entry, and two others were found inside the apartment after the shooting. Police said those two were taken in for questioning.

“We do believe that this apartment building was targeted for a specific reason,” said Capt. Harold Turner of IMPD. “We are not going to share what that specific reason is at this time, obviously because that is an assumption, but we do not believe that anyone here in this neighborhood or anyone in the community is any danger whatsoever.”

“He had everything going for him. I thought he was at the happiest point of his life,” said Shevy Price, a high school friend of Crowder’s. “We talked a couple days ago, and he said he was incredibly happy, had the girlfriend of his dreams, was working, making good money. I didn’t think anything was going to happen to him.”

Friends of Wright described him as musical and artistic.

“He was the kindest gentleman you could ever meet,” said Kevin Shaw, a high school friend of Wright’s.

IMPD officers haven’t indicated a suspected motive for the shooting, and friends we spoke to said they didn’t know the men were in any kind of trouble. Darring said all he had noted was several people into Miller’s second-story apartment.

“I did notice a whole lot of traffic, in and out, young folks, and a lot of times a lot of partying going on,” he said.

The Marion County chief deputy coroner said autopsies were to be performed Monday.