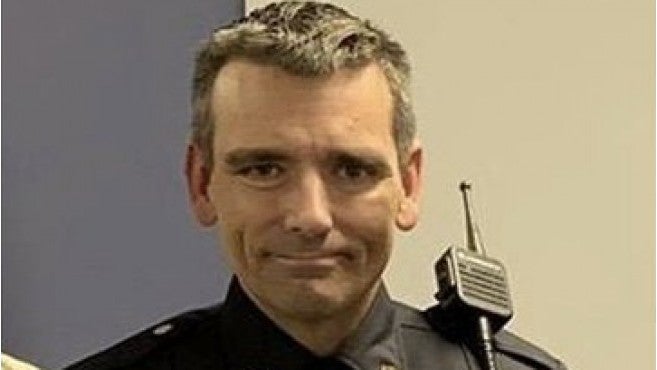 SOUTHPORT, Ind. (WISH) — Funeral arrangements have been announced for a Southport police officer who died while working a part-time security job.

The funeral for Detective Sgt. Jason Swanson will be at 10 a.m. March 13 at the The Life Center at Southport, 4002 E. Southport Road, according to a tweet from Southport Police Department. Visitation will be from 4-8 p.m. Tuesday at Simplicity Funeral & Cremation Care, 7520 Madison Ave.

Swanson had been with the department since March 2015, according to the department. The funeral home had not posted an obituary for Swanson by midday Wednesady.

“A procession route to Crown Hill Cemetery has not been finalized yet, but will be announced when confirmed,” another tweet said.

The results of an autopsy were pending a toxicology report, the Marion County Coroner’s Office said Wednesday.