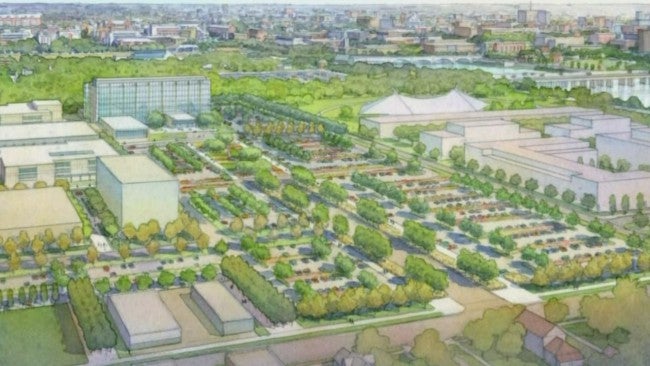 INDIANAPOLIS (WISH) — The future of Mayor Greg Ballard’s plan for a new justice center is up in the air after the City-County Council did not vote on it last night.

It would have taken 15 supporters on council to revive the plan Monday night after a council committee voted last month to not send the plan to full council. Republican Minority Leader Councillor Mike McQuillen said he didn’t call for a vote Monday because the support wasn’t there.

But a spokesperson for the Mayor’s office, Jen Pittman, said the plan might come up again.

“It is possible for the discussion to continue at the committee level, and if that happens, we will remain engaged in working toward a solution to this decades-old problem.”

The mayor’s plan is build a $1.75 billion justice center that would combine the courts, the jail and associated agencies into one building on the site of the old GM stamping plant.

“I think it was just a little more responsible of us to say, ‘hey, let’s put the brakes on for a second’ and go into the next year and let the next administration, the next council, decide their priorities,” Adamson said.

Mayord Ballard has said his plan will pay for itself with savings and new revenue.

Sheriff John Layton said he supports the mayor’s plan but understands the need for debate and compromise. He said he’s confident that city leaders will eventually reach an agreement for a new center.

“It’s just when and how soon. That’s what we have to worry about because this place is, this particular jail, it’s in some sad shape,” Sheriff Layton said.

The property is owned by REI Investments, a Carmel-based company. Company President Mike Wells said REI is still under contract with the city, and isn’t seeking another buyer right now. He declined to say how long the company is under contract.