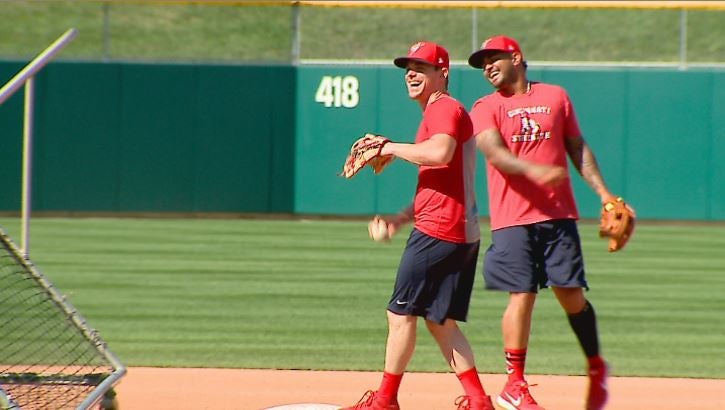 A groin injury forced Gennett to watch his Reds teammates from the bench this spring. Cincinnati is a confident team, currently just six games back of first place in the National League Central Division. Combine the surprise spring with Gennett’s career 2018 season at the plate and the free-agent-to-be made it clear Tuesday he wants to stay with the franchise long term.

“Shoot, the past few years I’ve been pretty honest about how I feel and I love playing for the Reds,” Gennett said. “I love the city, I mean that’s where I was born, and I think the fans appreciate what I do. It’s up to (Reds CEO) Mr. Castellini. You’ll have to ask him that question.”

Scooter’s ready to give Cincinnati a second half spark. He could be back with the Reds as soon as Friday.